Former councillors to know their fate on Ksh.18 billion perks next week 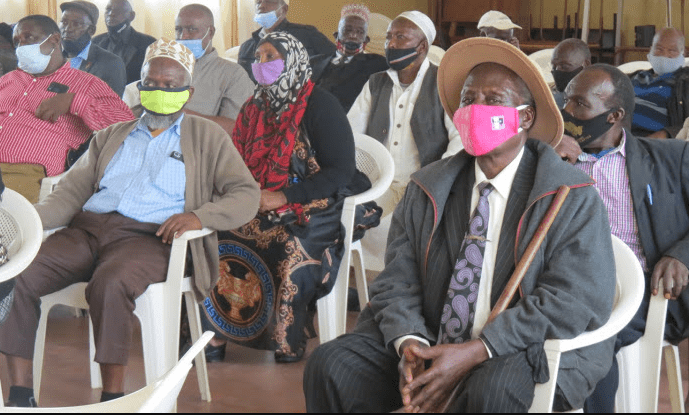 Former councillors will next week find out whether or not they will be paid Ksh.18 billion they have been demanding from the exchequer.

The 12,000 former councilors are waiting on the decision of a taskforce that had been formed to inquire into their plight and make appropriate recommendations.

A meeting held on Wednesday between the Senate committee on Labour and Social welfare failed to kick off after three concerned Cabinet Secretaries failed to turn up.

Finance CS Ukur Yatani instead wrote to the committee asking for more time as his ministry was in the process of validating a report by the taskforce committee dealing with the issue.

“The National Treasury in conjunction with the ministries of Labour and Devolution and ASALS is currently validating the taskforce report in readiness for the committee meeting,” Yatani said in a letter to the panel.

Yatani had been summoned alongside his Labour and Devolution counterparts Simon Chelugui and Eugene Wamalwa respectively to explain the inordinate delay to pay the ex-councillors.

The committee Chairman Johnson Sakaja (Nairobi) however rejected the requested time and ordered that the three appear next Wednesday.

“We do not accept the reason for non-attendance. I order that they appear next week, failure to which we shall invoke the Powers and Privileges Act,” Sakaja said.

During the session, the former councillors, through Geoffrey Gitau, an official of the National Forum of Former Councillors, narrated how he and his colleagues are languishing in abject poverty.

“We are very poor. We don’t have anything to eat. Most of us are very old and some have even passed on without getting this money,” Gitau said.

The Senate had previously passed a motion requiring the government to pay each former councillor Ksh.1.5 million one-off payment and Ksh.30,000 monthly pension.