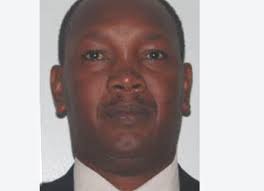 Detectives from the Ethics and Anti-corruption Commission (EACC) have arrested a former Kenya Revenue Authority (KRA) manager and his wife over allegations of tax evasion.

Detectives handling the matter have been probing the unexplained wealth by Joseph Chege Gikonyo and his wife Lucy Kangai Stephen.

The two are accused of fraudulently failing to remit their taxes and taxes of Giche Limited-a company that they co-own.

The Commission  established that between years 2010 and 2015, the couple accumulated unexplained assets amounting to Ksh.597,457,059.

Following the discovery, a civil suit (ACEC No.14 of 2018 EACC-v- Joseph Chege Gikonyo and 2 others) was filed at the EACC’s economic crimes division.

Further, the EACC established the couple- both directors of Giche Limited- failed to remit taxes totaling to Ksh.38,692,694 during the period.

Following the conclusion of the investigations, the DPP granted consent to the arrest and prosecution of the two on charges of tax evasion contrary to section 45 (1) as read with section 48 of the anti-corruption and Economic Crimes Acts No.3 of 2003.

The suspects will be arraigned in court to take plea on June 30.

Earlier, KRA had distanced itself from the suspect saying he had already been interdicted to facilitate the investigations.

He had been working as manager at KRA offices in Eldoret.

Gikonyo had been on duty until October 2016 and was suspended over allegations of tax evasion and conflict of interests.

At the time when he had amassed wealth totaling to almost KSh,600M, Gikonyo was making Ksh.119,000 a month in salaries.