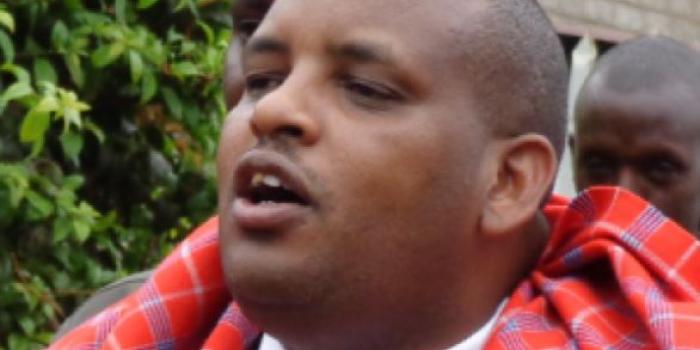 Former Laikipia North MP Mathew Lempurkel spent the night in police custody  after he was arrested on Tuesday, March 12.

According to Laikipia County Police Commander Simon Kipkeu, Lempurkel, a former ODM Party lawmaker, was arrested on suspicion that he had planned to commit murder.

He is set to be arraigned in court on Wednesday or Thursday once detectives are done preparing fresh charges against him.

Lempurkel was arrested just after a Nanyuki Court on Tuesday ruled that he had a case to answer in relation to incitement to violence charges facing him.

Chief Magistrate Lucy Mutai ruled that the prosecution had presented a strong case against the former MP.

Mr. Lempurkel is accused of threatening to burn down Rumuruti Police Station in an effort to free a suspect from custody on July 31, 2016.

He also faces a second count of threatening to harm police officer Nicholas Kipruto who was manning the report desk at the police station on July 31, 2016.

After the court ruled that the former ODM legislator has a case to answer, he informed the Chief Magistrate that he would be calling a witness.

The former MP has four cases related to incitement to violence, with the latest one happening last week on Wednesday when he was arrested and spent two days in police custody.

Mr. Lempurkel was apprehended in Rumuruti Town, Laikipia West Constituency and presented before a Nanyuki court the following day at 5pm.

He denied that he had incited members of the Pokot and Samburu community to unite and revenge for the disappearance of “our people in the hands of the police”.