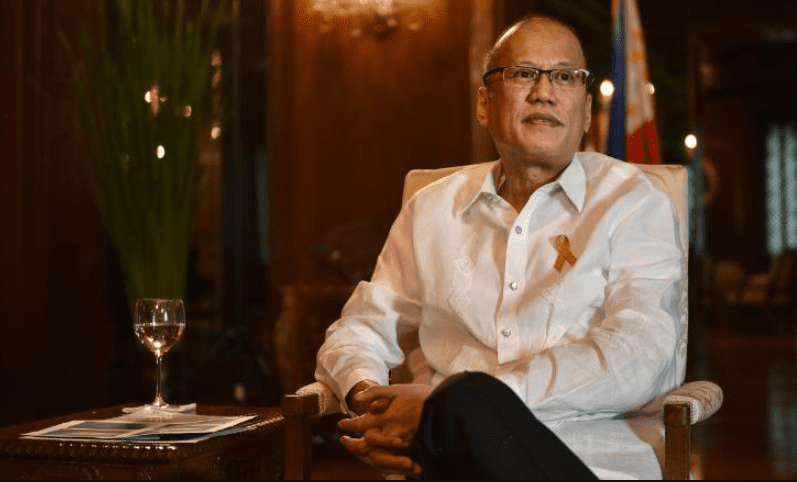 The former President of the Philippines Benigno Aquino III died Thursday at the age of 61 after being hospitalized in Quezon City, state media reported.

Popularly known as “Noynoy,” Aquino was the country’s 15th president, serving from 2010 to 2016 following the death of his mother, former President and democracy icon Corazon Aquino.

He died at the Capitol Medical Center near the capital Manila, Philippine News Agency reported, adding that his family will release a statement soon.

Supreme Court Justice Marvic Leonen, who was appointed by Aquino in 2012, confirmed the death in a statement, according to PNA.

“It is with profound sadness that I learned this morning of the passing of former President Benigno S. Aquino,” he said. “It was an honor to have served with him. he will be missed.”

An economist by training, Aquino worked in the family sugar business before launching his political career in 1998. He served three terms as congressman in the House of Representatives before becoming a senator in 2007.

He was the only son of popular democracy icons Senator Benigno “Ninoy” Aquino and former President Corazon. His father, a senator who opposed the rule of dictator Ferdinand Marcos, was assassinated in 1983 on returning home from exile in the United States.

The killing shocked the nation and helped propel Marcos out of office in the 1986 “People Power” revolution, according to Reuters. In 1987, while his mother was President, rebels attacked her residence at Malacanang Palace in Manila, and Aquino narrowly escaped death. Three of his escorts were killed, and he was hit by five bullets — one of which is still embedded in his neck.

A month after her death, Aquino announced his run for presidency, saying his mother’s supporters had urged him to make a bid and continue the fight started by his parents to promote democracy in the Philippines.

He won his election in 2010 by a landslide, persuading voters he was morally fit for the job and would represent ordinary Filipinos.

His six-year term was marred with crises, however, including in 2015 when 44 police commandos were killed in a botched operation to capture a wanted Malaysian militant suspected of being behind the 2002 Bali bombings.

In November 2013, Typhoon Haiyan, one of the most powerful typhoons ever recorded, devastated the central Philippines, killing more than 6,000 people and destroying towns and villages.

And a few months into his presidency in 2010, Aquino was criticized for his handling of a hostage crisis in Manila that left eight Hong Kong tourists dead.

Despite some gains in tackling corruption, his “Mr Clean” image was tainted by scandals over the lawmakers’ misuse of public funds that same year, according to Reuters.

Reactions from the Philippines

Tributes to the former President poured in on Thursday.

“I will always treasure the memories of our long years together as freshmen legislators and members of a tiny opposition. For beyond politics and much public acrimony, I knew Noynoy as a kind and simple soul. He will be deeply missed,” she said.

Philippine Senate President Vicente Sotto III told reporters, “No matter what political side you’re on, when a former president passes away, the country mourns. His death diminishes us all. Sincerest condolences from the Senate and my family.”

And Foreign Secretary Teddy Locsin, Jr. said on his official Twitter account, Aquino “ruled our country with a puzzling coldness but only because he hid his feelings so well it was thought he had none… I beg his sisters to allow me the honor to share their grief. He wasn’t fond of me but I could not bring myself not to admire him.”