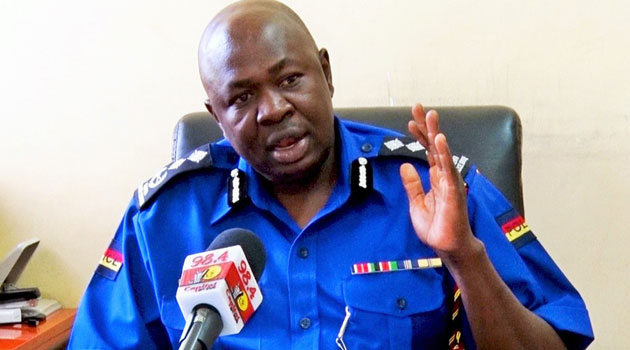 Former police spokesman Charles Owino has officially joined the ODM party today, to run for Siaya gubernatorial seat on the 9th of August this year.

Speaking after he was officially received by ODM officials at the party’s Alego/Usonga branch office in Siaya town, Mr. Owino who has worked as a police officer for 29 years wished his competitors the best of luck but called for peaceful campaigns.

Mr. Owino who exuded confidence of winning the party nominations to secure the party ticket, stated that he is now going to begin the campaigns strongly to sell his agenda for Siaya county.

He stated that if elected the governor of Siaya County his vision is to make Siaya among the first counties in terms of development.

He says that they are committed to ensure they have as many people as possible in the party and that the role to choose the flagbearer will squarely remain with the electorates.