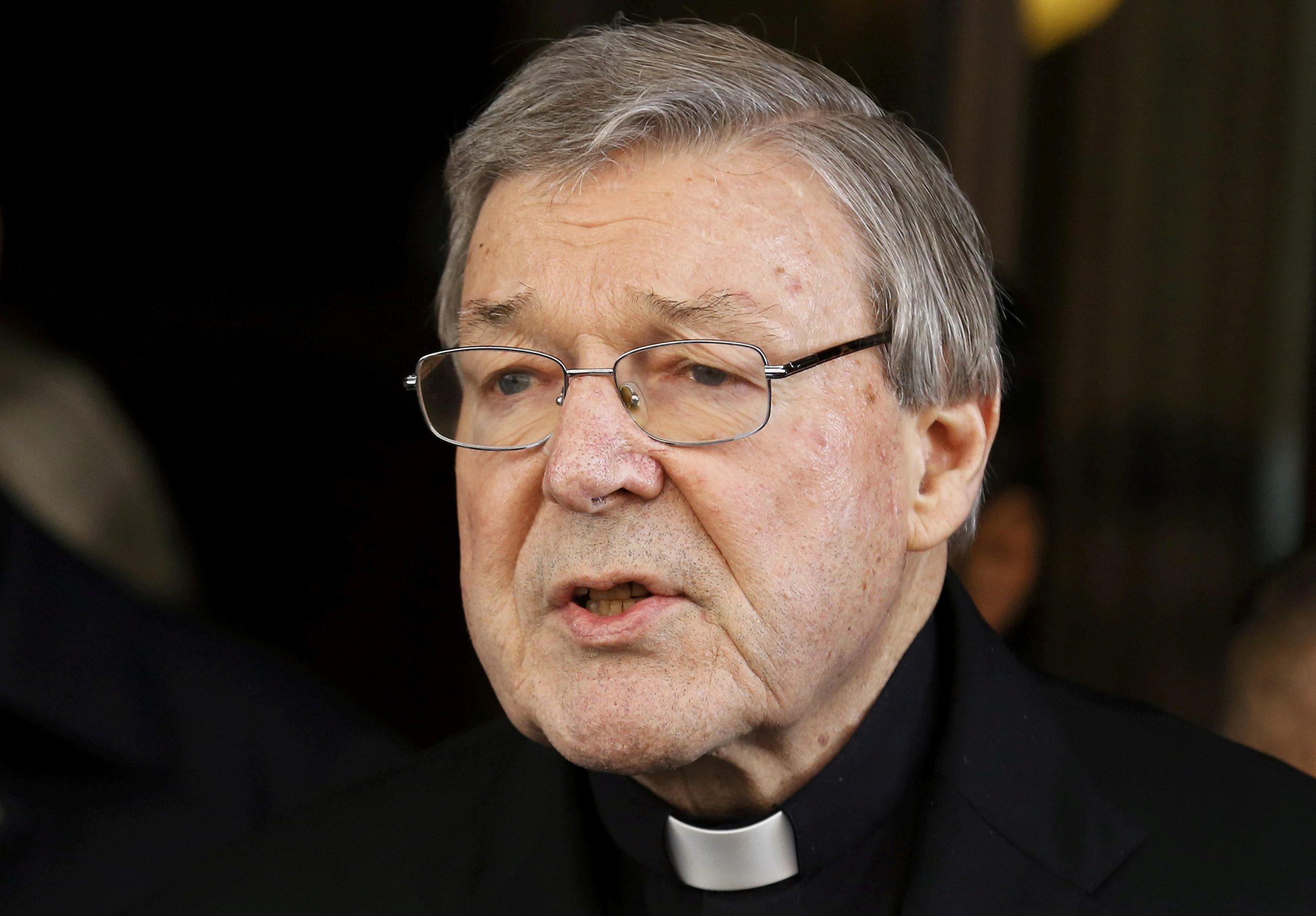 Former Vatican treasurer Cardinal George Pell was sentenced to six years in jail on Wednesday by an Australian court for sexually abusing two choir boys in Melbourne in the 1990s, and will be registered as a sex offender for the rest of his life.

County Court of Victoria Chief Judge Peter Kidd said there was a real possibility that at age 77, Pell could spend the rest of his life in prison.

Pell, a former top adviser to Pope Francis, is the most senior Catholic to be convicted for child sex offences.

His downfall brings to the heart of the papal administration a scandal over clerical abuse that has ravaged the Church’s credibility in the United States, Chile, Australia and elsewhere over the last three decades.

“In my view, your conduct was permeated by staggering arrogance,” said Kidd in handing down the sentence after Pell was convicted of five charges of sexually abusing two children.

“Viewed overall, I consider your moral culpability across both episodes to be high,” he told the packed court room.

Pell, who showed no emotion during the sentencing hearing that ran for more than one hour, has maintained his innocence and has filed an appeal that is scheduled to be heard in June.

The offences against two 13-year-old boys took place after Sunday mass in late 1996 and early 1997 in a room and a corridor at St Patrick’s Cathedral in Melbourne, where Pell was archbishop.

One of the victims died in 2014. The other victim, who testified and was cross-examined at the trial, issued a statement through his solicitor saying he found it hard to take comfort in the verdict for now.

“Being a witness in a criminal case has not been easy. I am doing my best to hold myself and my family together,” said the victim, who cannot be identified under Australian law protecting sex abuse victims.

During the trial the victim described how Pell had exposed himself to them, fondled their genitals and masturbated and forced one boy to perform an oral sex act on him.

Pell was found guilty by a jury on four charges of indecent acts and one of sexual penetration. He faced a maximum of 10 years in jail for each charge.

“Cardinal Pell, I find beyond reasonable doubt that, on the specific facts of your case, there was a clear relationship of trust with the victims, and you breached that trust and abused your position to facilitate this offending,” Kidd said.

Kidd said as archbishop Pell would have “cast a powerful shadow” and thought he could control the situation if caught. He also probably believed his victims would not complain.

During his trial, Pell’s own lawyer described the burly 1.9 meters (6 foot and 3 inches) tall cardinal as the “Darth Vader” of the Catholic Church.

Kidd said that as Pell had maintained his innocence, which was his right, he had not shown remorse or contrition for his actions and that his sentence reflected that.

CATHOLIC CHURCH NOT ON TRIAL

After the sentence was handed down, Pell signed paperwork related to his registration as a sex offender, bowed to the judge and then, aided by a walking stick, was escorted out of the court by five corrections officers.

Pope Francis, leader of the world’s 1.2 billion Catholics, ended a conference on sexual abuse in February by calling for an “all-out battle” against a crime that should be “erased from the face of the earth”.

Kidd made it clear that Pell’s sentence was based solely on the crimes he was convicted of by the jury, and that Pell was not to be made a scapegoat for the failings or perceived failings of the Catholic Church.

“In my view, the first episode in the priest’s sacristy involved a brazen and forceful sexual attack on the two victims,” Kidd said.

“The acts were sexually graphic. Both victims were visibly and audibly distressed during this offending,” he said, adding Pell’s behavior had a “nasty element” to it.

He set a non-parole period of three years and eight months. Pell would be registered as a sex offender for life.

“I am conscious that the term of imprisonment…carries with it a real, as distinct from theoretical, possibility that you may not live to be released from prison,” the judge said.

Pell’s sentencing was shown live on television, reflecting the high level of interest in the case, although only the judge was shown and the broadcast was cut immediately after the sentence was delivered.

“It’s not enough. Thank God he got a sentence; it should have been at least 10 (years),” said 82-year-old Marge Crawford, who was outside the court as part of Care Leavers Australasia Network, a support group for adults who suffered abuse and neglect in foster care and orphanages.

Pell was convicted in December, but the verdict was suppressed from being made public in Australia by a court order until Feb. 26, when further child sex offence charges against Pell dating back to the 1970s were dropped.