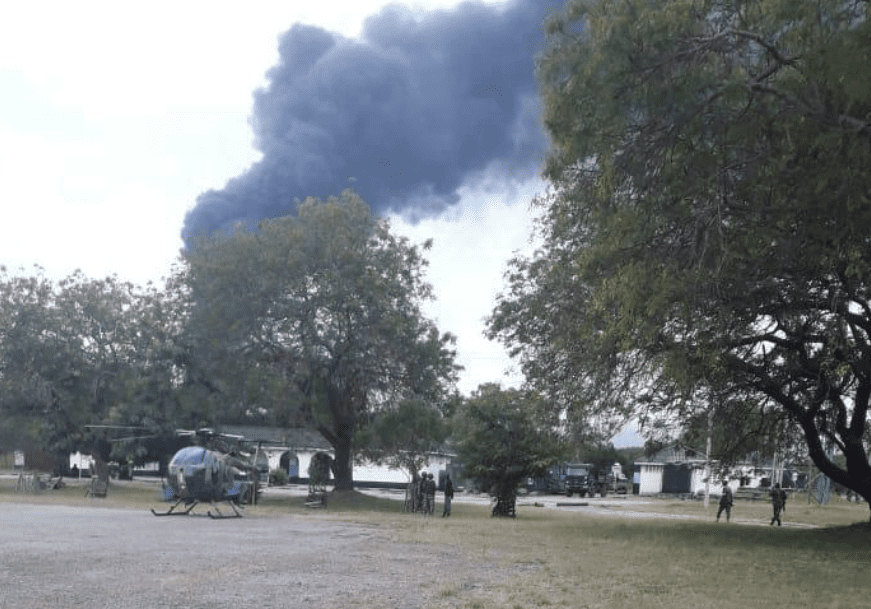 This is according to Kenya Defence Forces (KDF) Spokesman Paul Njuguna who said the attempted breach by the terrorists was successfully repulsed.

“Arising from the unsuccessful breach a fire broke out affecting some of the fuel tanks located at the airstrip. The fire has been put under control and standard security procedures are now on-going,” he added.

The militants launched the attack at around 5:30am at the airstrip which is adjacent to Camp Simba military base which hosts military personnel from both Kenya and U.S forces.

Al Shabaab, in a statement issued earlier on, took responsibility for the attack claiming it had inflicted severe casualties to both American and Kenyan troops.

The militant group further alleged that they had destroyed U.S military equipment including aircraft and vehicles, also alleging that they had taken “effective control of a part of the base.”