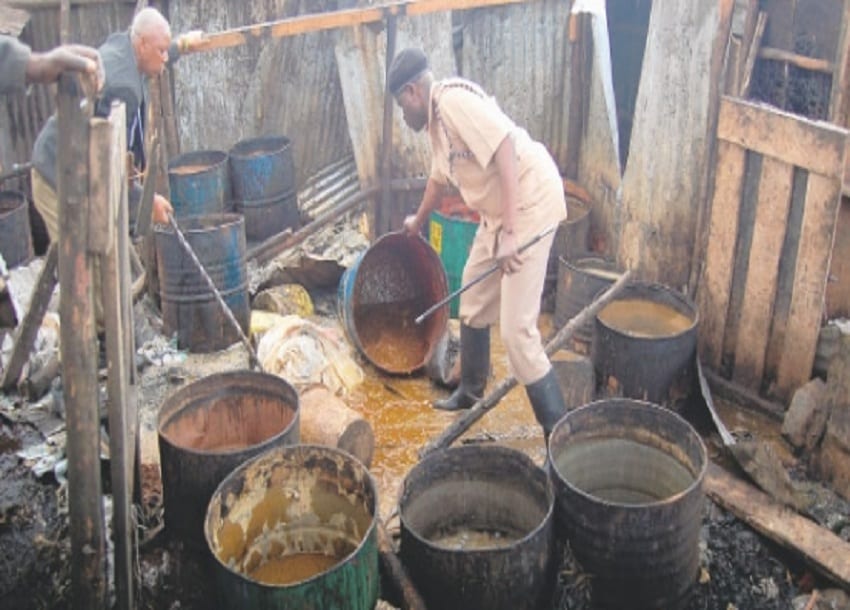 Three men and a lady were arrested on Friday, December 9 as raids on illicit brew dens intensified in Ndalani, Yatta.

The four suspects were nabbed with 200 litres of illicit brew identified as Karibu in a raid led by Deputy County Commissioner, Edwin Chabari.

Addressing the press after the raid, Chabari criticized the area chiefs and their assistants for sleeping on their jobs in the fight against illicit brew in Machakos County.

He questioned why on Tuesday, December 6, chiefs were not aware of 460 liters of Kangara brew that was nabbed in Kosovo village, Mavoloni in a similar crackdown.

He, however, assured the residents that more raids will follow until the brew is completely eliminated.