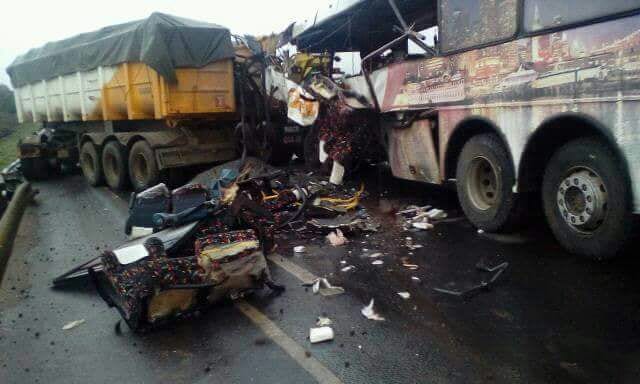 Four people have died and 11 others seriously injured after a Nairobi-bound bus they were travelling in hit a lorry in Salama area on the Nairobi-Mombasa highway Monday morning.

The bus belonging to Deluxe company rammed into a trailer that had been parked on the roadside killing the four, two men and two women, on the spot.

Confirming the incident, Mukaa OCPD Charles Muthui said the injured were rushed to Machakos Level 5 Hospital while the bodies of the deceased were taken to the Machakos Hospital morgue.

According to the OCPD, the passenger bus was overtaking when it rammed into the trailer.

Muthui attributed the accident to carelessness, urging passengers to always protest whenever they see drivers flout traffic rules. He further asked drivers to be cautious while driving during the ongoing rainy season.

The wreckage of the bus and the parked trailer were moved to Salama Police Station.