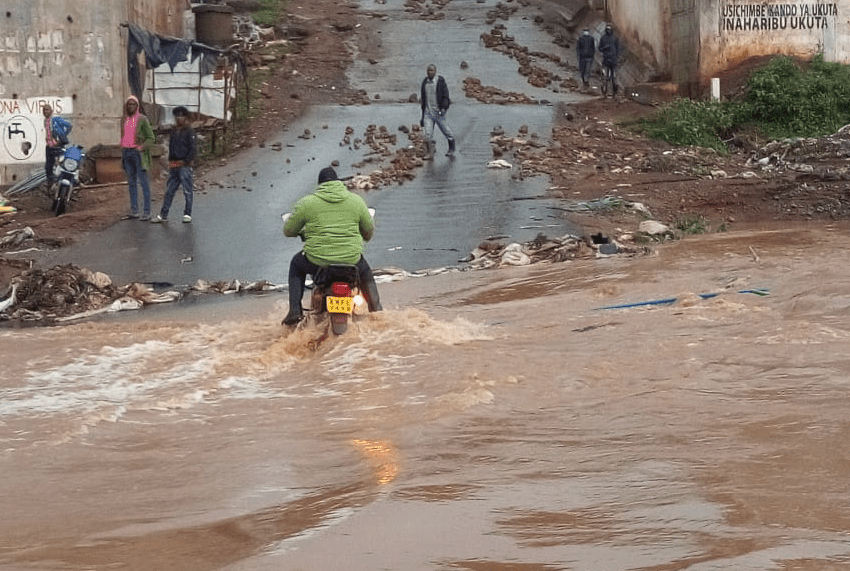 Four people have been killed after they were swept away by floods while crossing Mutuine River in Kibra following heavy rains in the area.

The four who were on motorcycles are said to have been trying to cross the river from Lang’ata to Kibra slums in Nairobi County.

The raging floods were occasioned by the heavy downpour that hit most parts of the city on Thursday night.

The commissioner said a joint team has been mobilized to initiate a thorough search saying the bodies might have been swept to Nairobi dam.

A big number of Kibra residents have constructed their houses and live inches to the said river.

Mr. Ombongi warned the locals to move away from areas of danger saying more rain is expected and more lives could be lost otherwise.

The river is presently swollen and hampering movement from both sides of the Lang’ata and Kibra sub-counties.