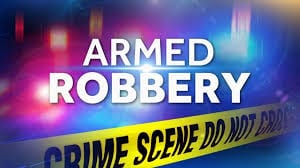 Detectives from the Directorate of Criminal Investigations (DCI) on Friday arrested four Kenya Wildlife Service (KWS) officers for allegedly robbing relatives who were heading home from a dowry function.

The officers; James Lamata, Brian Kiplangat, Dad Sid and Peter Kirui, who are based at Baawa Kenya Wildlife Service station in Samburu are accuded of violently robbing the group of relatives.

According to DCI, the victims were returning to their homes from Lodogojek area when they were blocked by the armed officers who were on board a KWS Land Cruiser before being robbed of their money and other personal items.

“The victims who were returning to their homes from Lodogojek area had been blocked by the armed officers on board a KWS Land Cruiser, who robbed them of Ksh. 9,500 and other personal items,” said DCI in a statement.

The suspects  were nabbed after an identification parade conducted by DCI detectives.

“Upon receiving the report and conducting Identification Parade to pick out the culprits who had disappeared to their station after the robbery, detectives arrested four suspects,” said the DCI.

The suspects are set to arraigned on robbery with violence charges.