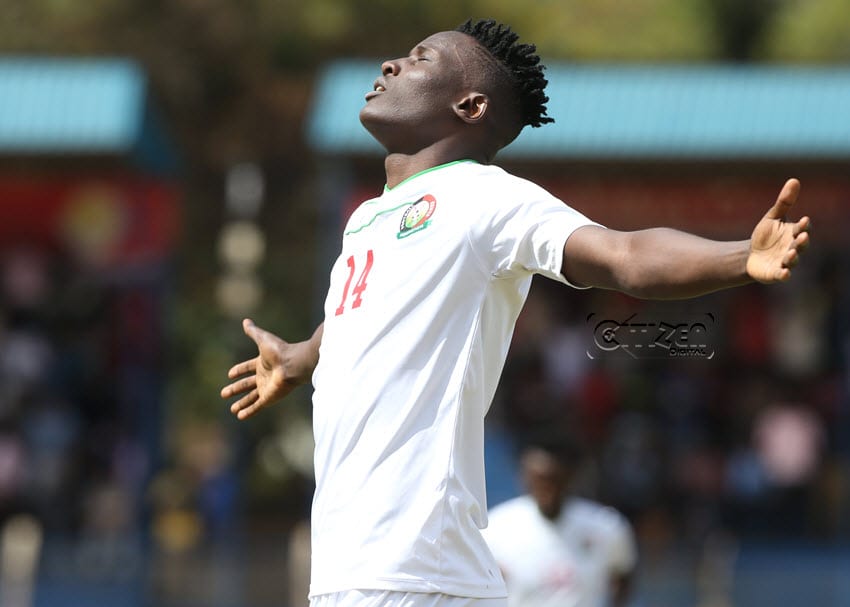 Kenya’s internationals Michael Olunga and Georgia  based defender Eric Marcelo are the latest foreign based players to join Harambee Stars in Iraq as they prepare to face the host in a friendly match  slated for Thursday and against Thailand on Sunday.

Olunga is preparing for his 24th cap with Stars which will be his first game with the national side since joining Spanish La Liga side, Girona FC.

The duo’s arrival is a boost for the Stanley Okumbi led team .The two join Aboud Omar who plies his trade in Bulgaria and Sweden based Eric Johanna who had joined camp.

Zambia based quintet Jesse Were, David Owino, Anthony Akumu, John Mark Makwatta and Clifton Miheso linked up with the locally based players in Nairobi, before leaving for Iraq.

Zesco defender David Owino who will lead the team in place of injured captain Victor Wanyama said that playing a different team from a different continent is a good exposure for the boys.

“This game (against Iraq) will give us a lot of confidence so that by the time the qualifiers begin, we’re much prepared,” Owino said in a statement.

The Stars have been polishing their grey areas at the Basra International Stadium, the venue of Thursday’s friendly. The tie will be the second on home soil for the Asian country after FIFA lifted the ban on the country’s stadia over hooliganism and racist chants.

Having recorded mixed results in the last few games, Okumbi will be aiming to get things back on track. Stars recently slumped in Fifa rankings, dropping to position 88 from 84 after the 2-1 defeat to Sierra Leone on June 10 in an Afarican Cup of Nation qualifiers.