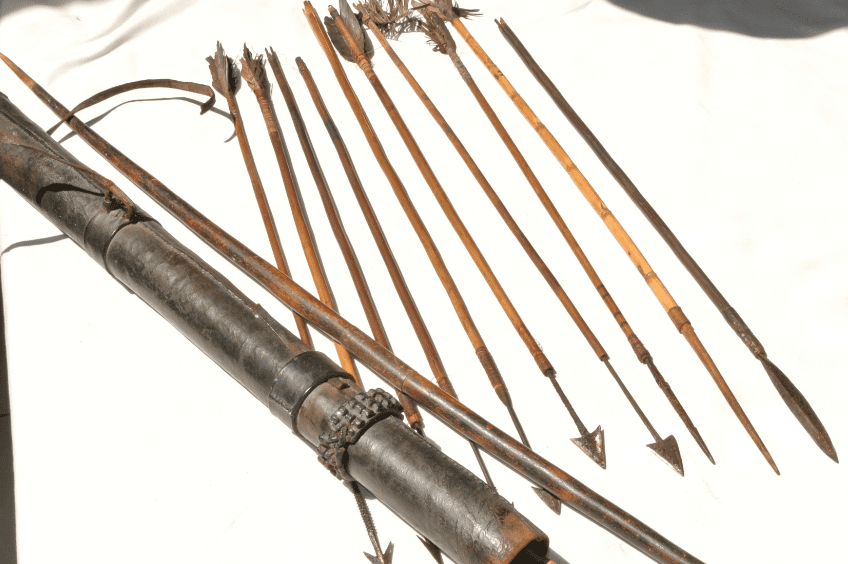 A police officer in Chepalungu, Bomet County is nursing injuries on the left leg after he was shot with an arrow by an illicit liquor brewer.

Speaking to Citizen Digital, Chepalungu sub-county police boss Nelson Masai said the officer — alongside his colleagues from Lukumek Police Station — left their workplace to go look for witnesses who were set to testify in a case before court on Monday.

However, according to Mr. Masai, the officers’ vehicle got stuck in the mud midway and they decided to take a detour through a nearby homestead where, as it turned out, local residents were drinking illicit liquor.

“On seeing the officers, the residents started screaming… it is then that one of the men that reside in the homestead went into the house, took out a bow and arrow and shot at the officers,” said the police boss.

The injured officer was treated at the Sigor Sub-county Hospital before later being discharged.

A search has since been launched for the suspects.