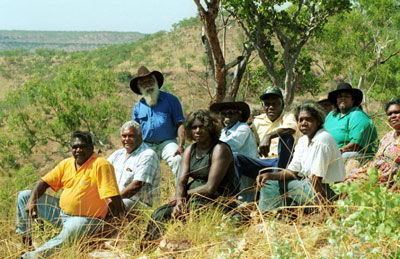 One of the sub clans of the Aulian Clan in Garissa County now wants their King, Hamud Sheikh Mohamed, out over allegations of biasness, corruption and his inability to provide good leadership to the community.

Speaking in Garissa, elders from Sonqad sub clan led by Amin Hassan said that they no longer recognize Mohamed as their king.

They took issue with his inability to solve a problem that arose in their sub-clan a week ago accusing him of taking sides instead of being non-partisan.

They further accuse him of engaging in corrupt activities in delivering his duties.

Abdullahi Noor, a senior members of the clan, urged fellow all affiliate clans that form the Aulian Clan to follow suit and denounce Mohamed as their king in order to pave way for fresh elections.

Mohamed, who assumed the leadership of the populous clan, was elected through a consensus by all the 9 sub-clans in March this year in a colorful ceremony that was held in Modogashe Town and was attended by all elected political leaders from the clan.

He was to become the official spokesperson of the clan and rule on important matters that touch on the community.

The Aulian Clan (which the area Governor Nathif Jama and Women Representative Shukran Gure hail from) is one of the biggest in Garissa County.