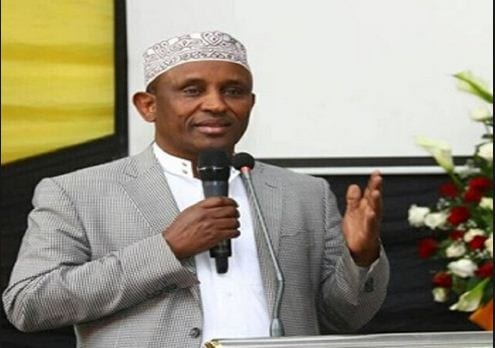 Garrissa Governor Ali Korane has made an application to strike out a petition challenging his academic qualifications at the High Court in Nairobi.

Through his advocate Ahmednasir Abdikadir, Korane requested the court to grant him 30 days to file response to the application in a petition filed by the father of a former Garissa County executive Aden Muktar Bare.

“We intent to file a replying affidavit to have this petition struck out, we urge the court to give us 30 days to do so,” said Ahmedanasir.

High Court Judge Wilfrida Okwany allowed the request and has directed the parties involved in the case to file and serve documents and responses before December 19, 2018 when the matter will be mentioned for further directions.

Further to that, Chrales Kanjama, an advocate representing Bare in the case informed the court that the matter is urgent and highly needed priority.

“We are requesting the court to direct that all preliminary matter be dealt with concurrently so that the court can give one direction in the petition,” said Kanjama.

Independent Electoral and Boundaries Commission (IEBC) an interested party in the case, in a response alleged that the court lacks jurisdiction to hear and determine that petition challenging the removal of the governor.

“This court lacks the requisite jurisdiction to issue an order declaring the office of the County Governor of Garissa vacant as sought by the petitioner,” says IEBC.

In the court documents, IEBC also claims that the petition by Bare is time barred as it was filed outside the time frame established in the Constitution 28 days after the declaration of the election results.

The commission is opposing to the petition on grounds that the only constitutional way of challenging the validity of the election of Korane as the governor of Garissa is by way of an election.

He is the father of former Garissa County Finance CEC Idris Mukhtar who is currently fighting for his life after a failed assassination attempt.

Bare through his lawyer Kanjama wants the IEBC to table the documents that Korane used to vie for the gubernatorial seat.