Gatanga building tragedy: Rescue operations called off after 2 workers thought to be trapped show up 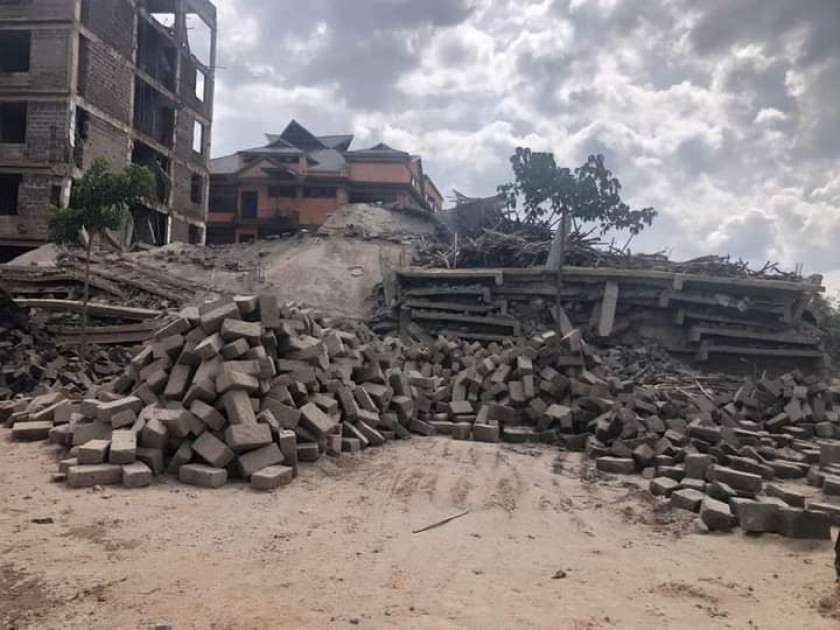 Rescue operations at the building that collapsed last Friday in Gatanga, Murang'a County have been called off.

This is after two men who were feared trapped in the rubble of the collapsed building appeared at the scene on Monday.

County disaster manager Bilha Wanjiku said the two; Stephen Musembi and Benson Ndung’u, were among the eight workers at the construction site when the building collapsed.

On the fateful day, the two had just stepped out of the ill-fated building when it collapsed.

They are reported to have gone home immediately after the incident and showed up at the scene on Monday after they got reports that they were the two remaining workers who were yet to be accounted for.

The death toll from the tragedy rose to six on Sunday after one of the workers succumbed to injuries at the Thika Level Five Hospital where he had been admitted.

On Sunday, Roads and Infrastructure CS James Macharia said the government will not tire and will take action on all those who were involved in approving the ill-fated building from the county level to the national government.