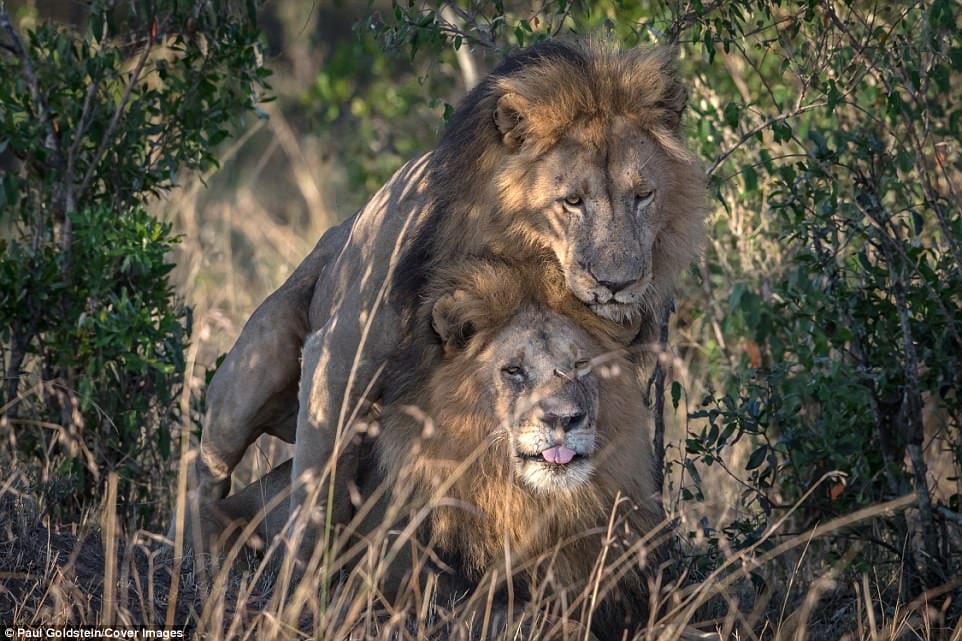 A wildlife photographer traversing through Maasai Mara National Park captured what might be one of the rarest images ever recorded.

Paul Goldstein, who also doubles up as a tour guide for Exodus Travels, snapped shots of two male lions mounting each other in a manner likely to suggest that they were enjoying some good ol’ coitus.

Mr. Goldstein, in an interview with international media outlet – Daily Mail – said that he at first noticed the two lions standing beside each other, before one lay down allowing the other to mount him.

“When lions mate it normally lasts a few seconds, these two were at it for over a minute and the obvious affection afterwards was very evident, as opposed to the violent withdrawal when male and female mate,” he said. “Even as he dismounted he did not back off as is normal after mating, he crept round to the other male’s muzzle, for a nuzzle and threw a conspiratorial wink his way,” he added. 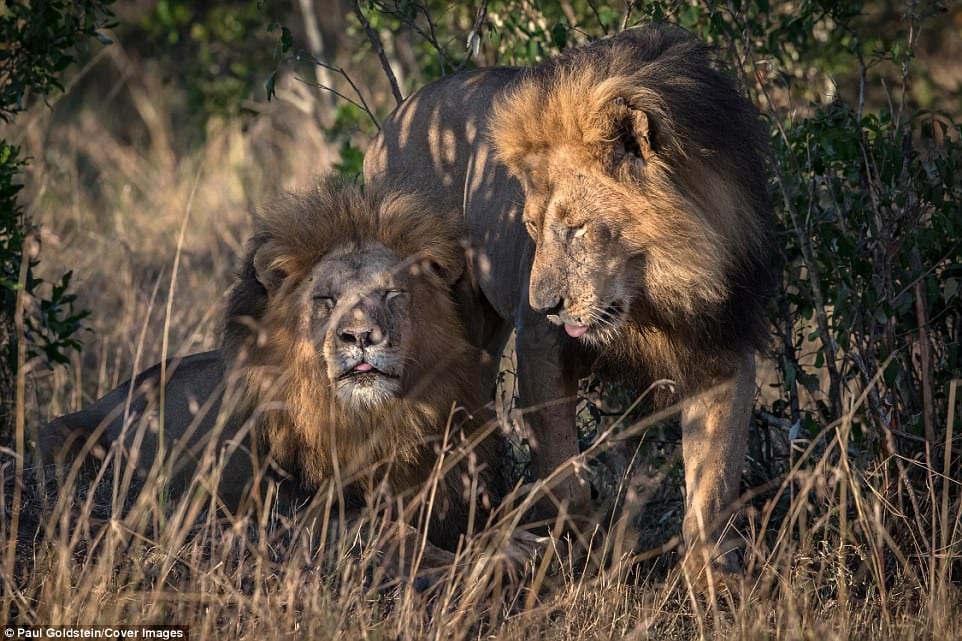 Speaking to a local media house, KFCB CEO – and resident moral police – Ezekiel Mutua has already come out to speak his mind on the ‘gay’ lions. “These animals need counseling, because they have been influenced by gays who have gone to the national parks and behaved badly,” he is quoted to have said. “That is why I will say isolate the crazy gay animals, study their behavior because it is not normal,” he added.