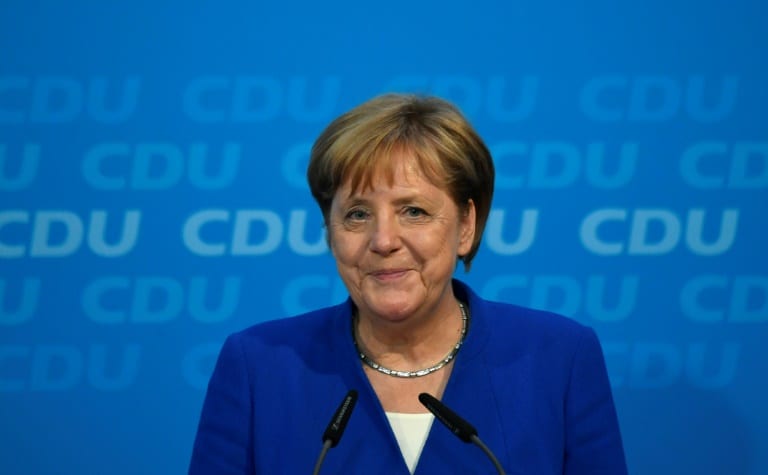 Germany, which has pledged to suspend arms exports to Saudi Arabia over the killing of journalist Jamal Khashoggi, said on Saturday it expects the European Union to adopt a common position on potential limits to weapons sales.

The incident has put the West’s relationship with Riyadh into sharp focus, given scepticism about Saudi Arabia’s shifting explanations of the killing at the Istanbul consulate. The kingdom’s public prosecutor said this week the killing was premeditated, contradicting a previous official statement that it happened accidentally.

“We agreed that when we have more clarity… we will try to find a unified European solution or reaction from all member states of the European Union,” German Chancellor Angela Merkel said, referring to the sale of arms to the kingdom.

She was speaking at a joint news conference with French President Emmanuel Macron as well as Russian President Vladimir Putin and Turkish President Tayyip Erdogan at the conclusion of a four-way summit on Syria.

Macron said that any decisions that would be taken, including potential sanctions, must be made at the European level to ensure coordination.

Merkel has previously vowed to halt all German arms exports to Saudi Arabia until the killing is explained. Macron has said he told Crown Prince Mohammed that France, and its partners, could take action against those held responsible for the murder.

France, along with the United States and Britain, is one of the main arms suppliers to Saudi Arabia and its Gulf Arab allies.

Erdogan told reporters on Saturday he shared information about the killing in one-on-one meetings with the other leaders.

Turkish prosecutors have prepared an extradition request for 18 suspects from Saudi Arabia over the killing, authorities have said. Erdogan said on Saturday that the request was being relayed to Saudi Arabia via Turkey’s justice ministry.

Riyadh previously arrested the 18 as part of its investigation into the case. Those include a 15-man security team that Turkey says flew in hours before the killing and carried it out.

Saudi Foreign Minister Adel al-Jubeir said on Saturday that those behind the killing would be prosecuted in the kingdom and that the investigation would take time.

Saudi Arabia’s public prosecutor is due to meet on Sunday with the Turkish prosecutor running the investigation in Istanbul.