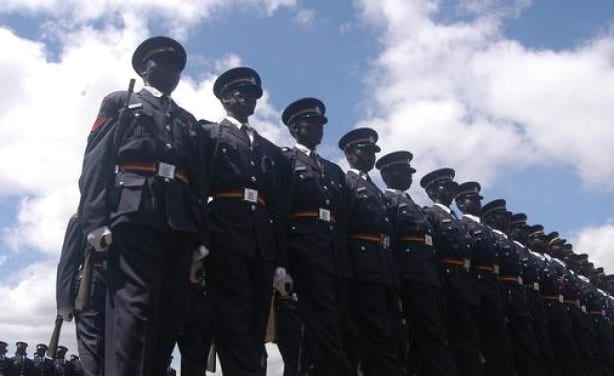 The National Police Service Commission (NPSC) has maintained that vetting is compulsory for all police officers, and those opposed to it have no option but to quit the force.

Insisting that no officer is exempt from the exercise, he stated that those who feel intimidated by the process should resign. Officers who are not willing to go through the vetting process have been given the option of voluntarily retiring form the force.

Murshid stated that only 4 to 6 percent of the total police service is corrupt. The NPSC member added that those found culpable of graft and other criminal activities will be sacked.

The NPSC is scheduled to roll out the second phase of the vetting process, and they conducted a sensitisation exercise at the Kenya School of Government-Mombasa to prepare the officers for it. Over 500 chief inspectors and constables in Mombasa and Taita Taveta participated attended the function.

12,000 officers countrywide expected to be vetted in the second phase of the exercise and they are expected to present wealth declaration forms, bank statements (both theirs and their spouses), certificate of appointment, and national identification cards.

The NPSC Chairman, Johnston Kavuludi, said the service will look into complaints from the public and police officers in the second phase of vetting, “The targeted vetting approach relies on complaints received by the NPSC from the public or fellow officers.”

The Police Commission has acknowledged that there have been numerous complaints from the public about officers managing weighbridges, with many accusing them of graft.

However, Kavuldi said those who have been doing a “clean job” should have nothing to fear. He said the vetting exercise is part of a larger scheme to root out corruption in the force.

In the first phase of vetting, at least 63 police officers, among them three senior officers, were found unfit to continue serving. 29 others are still under investigation.

In the first phase of the vetting process, the commission interviewed 2,000 officers. The exercise, which took two years, mainly looked into senior police officers.