Ghost of Loliondo: Babu says he has no regrets over concoction 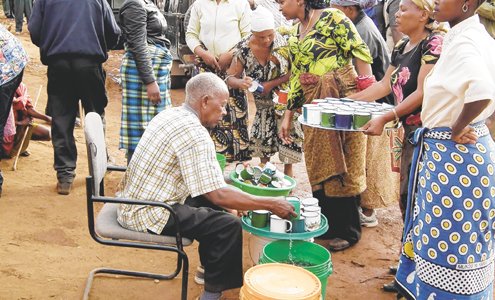 Ambilikile Mwasapile known to many as Babu wa Loliondo has no regrets about his concoction that is believed to have contributed to thousands of deaths in Kenya.

He claims that reduced visits to his Loliondo home are due to propaganda, adding that there were African leaders such as Tanzania’s Magufuli Pombe who also sought his help.

Between 2010 and 2012, the retired pastor had already administered his drink to millions.

Loliondo township became a household name in Kenya and the indeed East Africa.

Today, the man who was at the centre of the alleged miracle cure, has all the memories documented in an autobiography.

He narrates how he got to know about the herbs claiming that ‘God appeared to him in dream’.

According to him, the message he received was that the herb could cure HIV/AIDS but he doubted it because researchers were still struggling to find a cure.

Mwasapile revealed that he would look for the herbs from the hilly area near his home, dig it out from the ground using a knife then take it home.

He showed Citizen TV how he would prepare the ‘medicinal’ drink; apparently using up to three big sufurias when the crowds filled up his compound.

Mwasapile is no longer that frail old man that people knew.

His homestead too has undergone a complete transformation; from the mud and wattle single room house that used to be his house to a newly constructed three-bedroom self-contained bungalow.

Parked in the compound is a truck and a four-wheel-drive land cruiser – proof of the retired pastor’s rising status.

Despite the significant reduction in the number of visitors to Loliondo, Babu was Loliondo still brews his secret potion and is building an expanded facility, perhaps with the hope that they will return.