Gilgil residents threaten to vote out Uhuru over title deeds 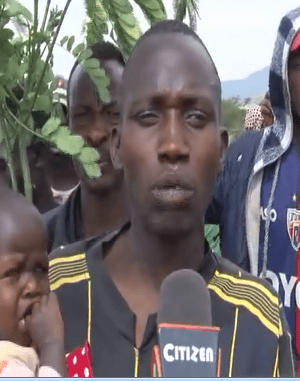 Residents of Oljorai in Gilgil, Nakuru County have threatened to vote out President Uhuru Kenyatta in the August 8 polls if the government does not issue them with tittle deeds.

The residents, led by their spokesperson, John Sianga, said Deputy President William Ruto had promised to give them tittle deeds by July 2016 during his visit to the area early last year.

“The National Land Commission said it would take two months to carry out the DP’s orders but one year down the line, Ruto’s promise is yet to come to fruition,” said Sianga.

He alleged that prominent personalities were bribing the land registry officials to derail the allocation process.

“We want the President to address this issue, the bureaucratic hurdles have made it difficult for the DP’s promise to us to be realized.”

According to Sainga, the dispute has resulted to a bloody confrontation between squatters and those who claim to be genuine owners of the land for over a decade.

In 1974, the Agricultural Development Corporation, a state parastatal, bought 24,000 acres from Mr Blockin Oljorai to breed pedigree livestock. However, the parastatal stopped operations in 1993 and about 1,300 workers settled on the farm and squatters would then be prioritized by the state in a settlement scheme in 2002.