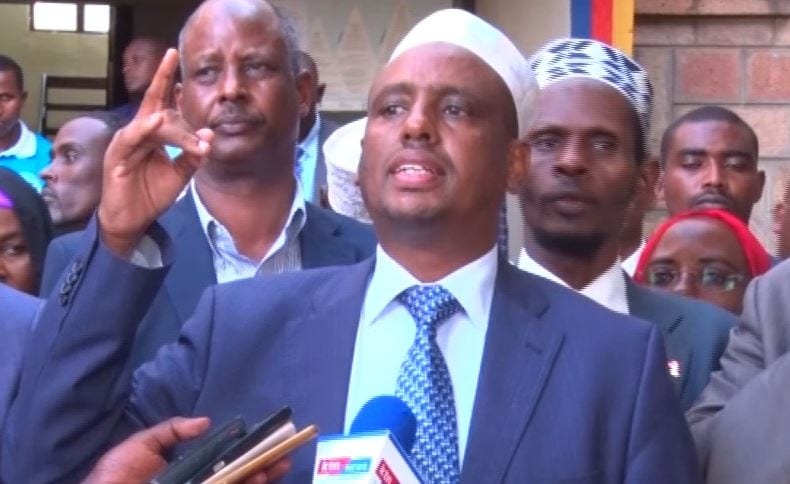 Marsabit Governor Ali Mohamud Mohamed and two Members of Parliament were on Wednesday grilled by the Directorate of Criminal Investigations (DCI) over ongoing ethnic clashes that have so far claimed 14 lives in Marsabit County.

The Eastern region DCI boss said the three leaders were summoned after they were adversely mentioned as being behind the skirmishes.

Speaking after the grilling, the leaders accused the security teams of failing to play their role and properly handle the issues related to past and recent conflicts in Marsabit.

Three people lost their lives on Wednesday in dawn attack at Jaldesa village. According to residents, the incident was a retaliatory raid targeting women and children who had fled their homes in Qubi Qallo and Dhokatu villages on Tuesday.

Hundreds of people have fled their homes since the sporadic clashes erupted in September.

The fighting has been linked to politics, with some leaders said to be fanning violence as they position themselves for the 2022 General Election.

A contingent of police officers have since been deployed to quell the violence that has paralysed transport and business activities in the area.