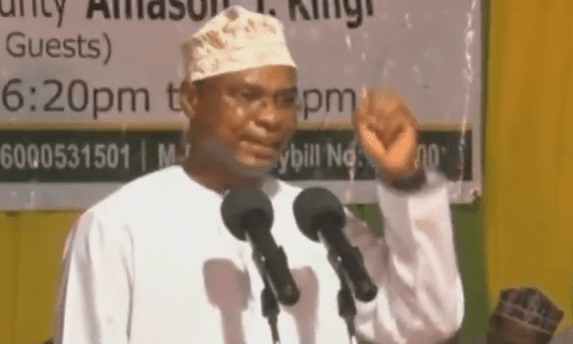 Kilifi County Governor Amason Kingi has cautioned politicians against assuming investigative powers, further urging them to let the institutions mandated to do so carry out their work independently.

Speaking during an Iftar dinner hosted by Malindi Education and Development Foundation (MEDA) at Eden Rock Hotel in Malindi on Saturday, Governor Kingi said politicians had abandoned their roles and turned to crucifying each other over the fake gold scandal.

“The people whom you should pray for are politicians because during campaigns they promised you a lot but they abandoned all that immediately they were sworn in and are always attacking each other in funerals,” he said.

“In this era if you want to know who is a thief and who is not just follow these politicians to funerals, it is a shame that the country may not achieve much if we continue this way.”

The Kilifi county chief was flanked by Magarini Member of Parliament Michael Kingi who called for the unity of the coastal people saying divisions within their leaders’ ranks would not help solve the problems bedeviling the region.

He also accused some legislators of failing to contribute during fundraisers despite having been given money by a top Jubilee Party politician.