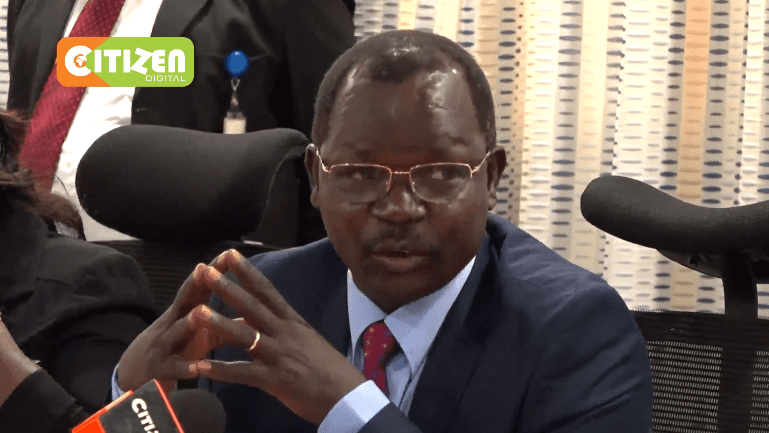 Governor Lonyangapuo on Tuesday told senators that his deputy’s absence has brought more good for the county as he was able to secure a contract for supply of medical equipment from donors to boost the county’s health sector.

The West Pokot County boss was before the Senate Devolution Committee to respond to a petition filed by Dennis Kapchok, he of the Kijana Fupi round fame, popularly known by the name Mulmulwas.

Kapchok claims Deputy Governor Dr. Nicholas Atudonyang’ has deserted duty despite being elected by over 75,000 voters.

“His being away last year was profitable to us, we got a lot of things that he went to source at his own expense,” said Prof. Lonyangapuo.

He told the committee he gave his deputy six months to source for donor funding and he secured a Ksh.150 million deal.

“He delayed after equipment arrived, he prolonged his stay so I told him we can no longer now explain to anybody why you should continue being paid and he said terminate my salary,” added the Governor.

Atundonyang’, a neurosurgeon, said he would continue working for the county probono after his salary was stopped in September last year.

When pushed to convince his deputy to voluntarily exit Lonyangapuo responded:

“I am not comfortable without him and there is nothing you can do about it that is why you have come in. So do you want me to climb a tree in West Pokot and say come or go forever, no… When it has reached a point like that you have enough powers here including to summon and fly there, because I cannot drag him to come… Parliament has a budget to the moon,” he said.

Nominated Senator Rose Nyamunga nominated responded by saying: “He can be asked to step aside or step aside and continue with his work, what happens if the governor is not available or becomes sick.”

In a rejoinder Lonyangapuo said “You know politically you cannot come and say I sack you, I remove you, I don’t know what Sonko did that his (deputy) left.”

Atudanyong’ was the first deputy governor in the history of devolution to be appointed County Executive Committee member in charge of health but Lonyangapuo was forced to replace him due to his absence.

Senators also took issue with the fact that the deputy governor had taken up a mortgage, a matter that is being investigated by the Ethics and Anti-Corruption Commission.