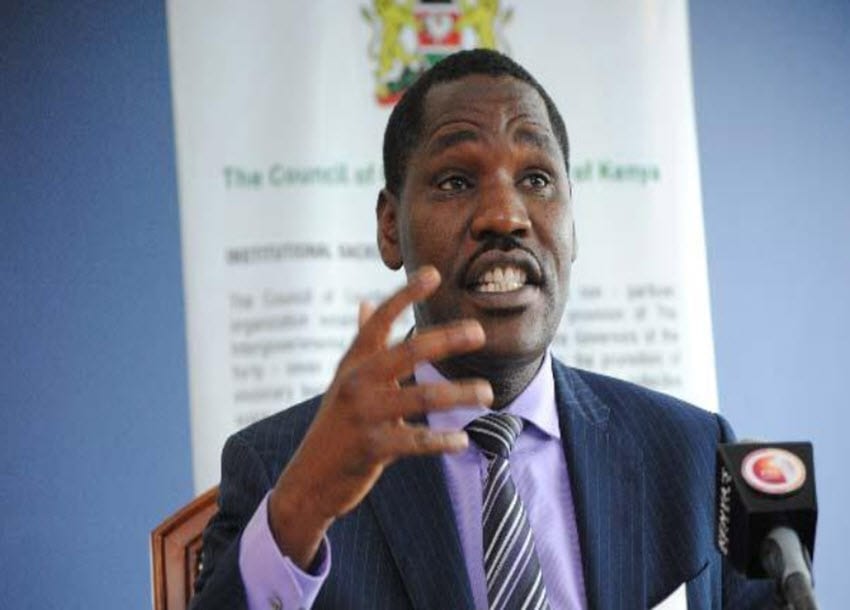 Meru Governor Peter Munya has indicated plans to form his own political party following plans to dissolve the Jubilee Alliance Party (JAP) in favour of the newly formed Jubilee party.

Munya was however categorical that his new party will support president Uhuru Kenyatta and Deputy William Ruto in 2017 thought it will not be dissolved.

Addressing members of Kathangari clan at Ntharene Day Secondary school, Munya said that the newly formed party has no agenda for the people of Meru and it is being used to benefit just a few members.

“Jubilee Party’s main agenda is to help the Deputy President ascend to power in 2022 without putting in mind other members of the party,” said Munya.

The Council of Governors chairman said the move to dissolve the party dissolve Jubilee Coalition affiliate party and form Jubilee Party will only benefit Ruto calling into question the favourability of the rest of the members.

“Plans are underway to form a party for the Mt Kenya region since it is one of the major ways of giving the region its bargaining power,” he said.

“The country and different counties need a voice of their own even if there is a uniting party for the entire nation.”

Previously Deputy President William Ruto had said that Jubilee was ready to face the Opposition with a new party, to be unveiled soon, in the 2017 General Election.

The debate on a new party for Jubilee coalition however had been on for some time with leaders abandoning the ‘infant’ Jubilee Alliance Party (JAP) just few months after its formation.

Reports also indicate that JAP was disbanded after it was clear that it could hold the forte since it was seen as a brainchild of members from one faction of the coalition.

Both President Uhuru Kenyatta and his deputy Ruto have come out to voice their support for the newly formed Jubilee Party as the vehicle they would use in the 2017 elections.