Governor Ruto calls for caution in KDF operation in Baringo 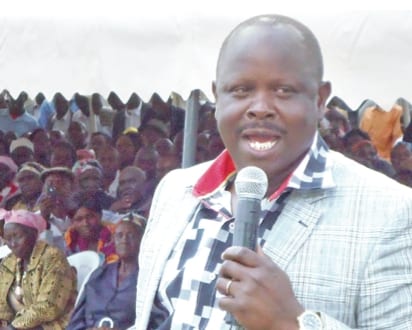 Bomet Governor, Isaac Ruto, has called on the Kenya Defence Forces (KDF) who have been deployed to Baringo to have a human face while carrying out the operation to flush out bandits and criminals in the region.

Speaking at Soliat in Sigowet/Soin Constituency while popularizing his Chama Cha Mashinani Party, Governor Ruto said it was unacceptable for security officers to terrorize innocent people who include children and women under the guise of smoking out the bandits.

Ruto said the lack of development and historical injustices have contributed to the problems being experienced in the area and should be approached cautiously.

“KDF should go there with the armored tanks to repair roads and engineering battalion to build schools and water drilling machines and not guns and bullets. Give these people development and solve their historical injustices and there shall be peace,” said Governor Ruto.

He said the KDF officers should work with elders, opinion leaders on the ground and women leaders in order to identify criminals in their midst for action to be taken without harming the innocent ones.

Governor Ruto was speaking a day after the government deployed KDF to the volatile Baringo region to flush out bandits.