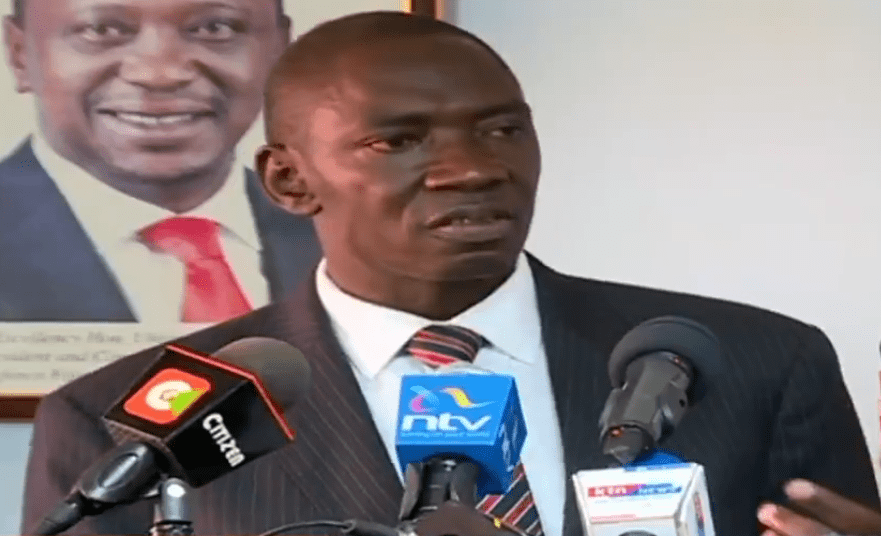 The government has now beefed up security in Lamu two days after suspected Al Shabaab militants attacked a passenger bus in the county and killed three people.

Speaking during an address on Saturday, Government Spokesman Col. Cyrus Oguna said the criminal elements behind the attack were all “rounded up and neutralized.”

The Government Spokesman further sought to assure the general public that the security situation in the country is stable, adding that the incident in Lamu was an isolated one and will not spread to nearby regions.

“The security situation in the country is stable, and the government wishes to assure the general public that security personnel have been beefed up in areas that may have experienced incidences of insecurity; such areas include Lamu where there was an attack on public transport vehicles days ago,” said Col. Oguna.

Three people were killed and two others injured after suspected Al Shabaab militants attacked a passenger bus at Nyongoro area in Lamu County on Thursday.

The gunmen are said to have opened fire at the bus fire belonging to Mombasa Raha Sacco before shooting three men at close range, killing them on the spot.

One of the injured passengers sustained a bullet wound on the arm while the other was shot on the head.