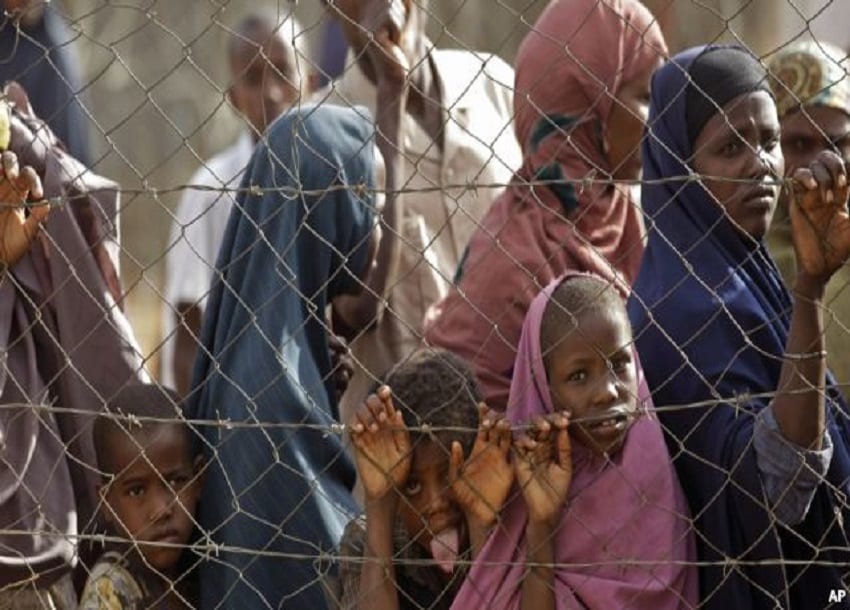 The Court of Appeal on Friday, February 17 ruled that the Government’s decision to close urban refugee centres and repatriate genuine refugees in late 2012 offended international law and violated their fundamental rights and freedoms.

Appellate Judges;  Philip Waki, Festus Azangalala and Patrick Kiage, dismissed the appeal filed by the Attorney General on grounds that the State did not have any right to go against principles of international law that protect refugees.

In the case, the AG had argued that Section 6 of the Refugees Act compels aliens to reside within gazetted camps at Dadaab and Kakuma.

“In arriving at the policy in question, the relevant departments of Government did not engage in any discernible and meaningful consultations with the stakeholders, the persons who were to be directly affected by the decision arrived at,” the Appellate Judges observed.

“It was a classic case of paternalistic unilateralism on the part of the Government, which out of the blues, made a decision ostensibly for the good and benefit of urban refugees,” the Judges observed.

This comes after the High Court on Thursday, February 9, 2017 declared the government’s decision to close the camp null and void.

In a ruling delivered by Justice John Mativo, the court indicated that the directive issued by Interior Cabinet Secretary, Major Gen. (Rtd.) Joseph Nkaissery, on the intended repatriation of refugees and asylum seekers of Somali origin on May 10, 2016 violates the Constitution and the International legal obligations adding that Nkaiserry and his Principal Secretary, Karanja Kibicho, acted in excess powers in announcing the closure of the camp.

A declaration that the decision of the government of Kenya to collectively repatriate all refugees in Dadaab Refugee Complex to the frontiers of their country of origin against their will violate the principle on international convention as expressed in Article 33 of the 1951 UN convention relating to the status of refugees as well as Section 18 of the Refugee Act 2006,” the court ruled.

The court further ruled that the decision specifically targeting Somali refugees is an act of group persecution, illegal, discriminatory and, therefore, unconstitutional.

The High court further directed to restore the status quo with regard to administration of refugee’s affairs within the country and operationalize the Department of Refugees Affairs.

Early May 2016, the government declared that it will no longer be hosting refugees in the interest of national security.

Kenya said it was shutting down the camps due to “very heavy” economic, security and environmental issues.

The Government also disbanded the Department of Refugee Affairs, which worked with humanitarian organizations for the welfare of the refugees.

The government also moved to assure that the closure of the Dadaab refugee complex and repatriation of Somali refugees will be carried out in a humane manner.

The Dadaab camp in Kenya is home to more than 300,000 people on the Kenya-Somalia border.

Dadaab was set up in 1991 to house families fleeing conflict in Somalia, and some people have been living there for more than 20 years.