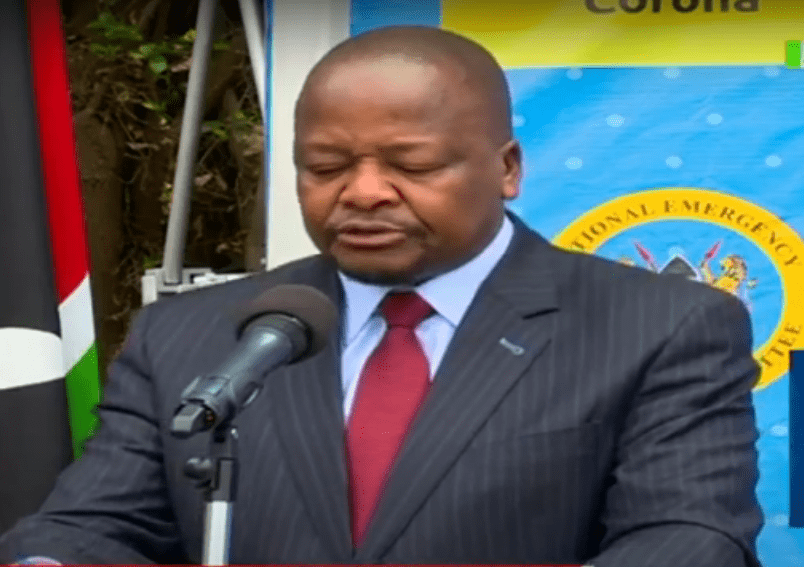 Restaurant owners in the country can now breathe a sigh of relief after the government on Tuesday extended their operational hours to 7:30pm from the previous 5pm.

Health Cabinet Secretary Mutahi Kagwe, making the announcement during a press address, said the decision was arrived at following discussions between the proprietors and the National Emergency Response Committee (NERC) on COVID-19.

According to CS Kagwe, the restaurants will now be allowed to open their doors for longer hours due to their continued compliance with government directives on combating the spread of the disease.

The CS also directed Public Health officials to conduct regular inspection of the facilities saying any operator found flouting the guidelines will have licences and certificates to operate revoked.

“I recently informed you that there were ongoing consultations between restaurant owners and NERC on restaurant hours of business, appreciating that they have indeed been following the rules and observing the protocols,” he said.

“Arising out of those discussions and reflecting on restaurant behavior, NERC has directed that the hours of business for restaurants will be extended to 7:30pm. This will allow the workers in restaurants, most of whom are actually being housed by the restaurant owners themselves within the hotels, enough time to beat the curfew hours.”

CS Kagwe further stated that restaurant workers will only be tested once before opening and not subjected to any other test after the 14-day period unless the establishment fails to follow protocol hence making it necessary for another test or if an employee shows symptoms of the virus.

“The operators are however advised that they must adhere to protocols that are provided by the Ministry of Health website which include having thermo guns at the entrance of the premises to screen clients for temperature; providing hand-washing stations and soap at the entrance; providing sanitizers in strategic places; ensuring that clients entering wear masks; provisioning for social and physical distancing,” he stated.

The tough-talking CS however maintained that bars remain closed.