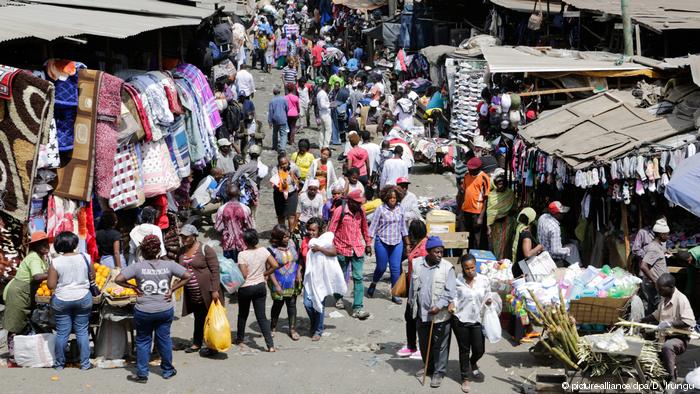 The Government has given the contractor installing security cameras in Gikomba seven days to complete the job in the latest quest to end frequent fires at the market.

Interior PS Dr. Karanja Kibicho said the cameras whose installation is underway will complement other security and safety measures such as the construction of a perimeter wall and the mounting of flood lights being undertaken in the market that has been ravaged by
frequent fires.

Dr. Kibicho, who visited the market to assess the damage from the latest fire incident assured
the traders that the government will find a lasting solution for the recurrent infernos. He said
the construction of modern, safer markets to relocate traders from their current open-air
spaces will be expedited.

Phase one of the Ksh.493 million six-storey building was completed in October 2020 and
more than 1,000 stalls are already occupied.C

Construction of phase two of the project is underway.

“The President has sent us to offer his sympathies and to reiterate his pledge that he will
ensure Gikomba traders have a decent and secure environment to conduct their businesses
without these frequent fires. We will not tire from seeking a permanent solution to these
fires,” the PS said.

A team to assess the exact number of affected traders and the value of property lost has been
formed and is expected to table its findings by next week.

The Government will also work closely with the management of the market and the Nairobi
Metropolitan Services to create and maintain access roads to facilitate faster response of
firefighters and other emergency services.

Three boreholes have also been drilled in the area, but Dr. Kibicho said more will be sunk to
provide sustainable water supply in the market.

Maj. Gen. Badi said a team of engineers from
NMS will next week assess the infrastructure at the market and renovate existing boreholes
and water hydrants to boost the firefighting capability.

The cause of the latest fire that started in the early hours of Friday morning in a building
storing bales of clothes is yet to be known.

Although firefighters from the military, the National Youth Service and NMS were quick to arrive at the market, their efforts were frustrated by poor access to fire site and lack of water.