Gov’t orders inspection of all buildings in Ruaka, Ruiri areas 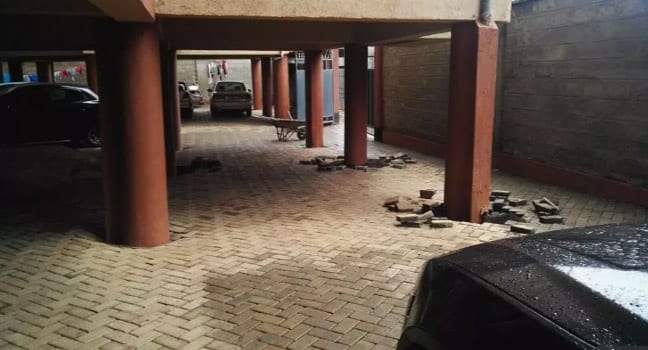 Transport Cabinet Secretary, James Macharia, has called for immediate inspection of houses in Ruaka and Ruiru areas of Kiambu County.

Ina statement to newsrooms on Monday, November 28, Macharia said that the exercise will cover both buildings under construction and those that are already occupied.

“There have been signs that Ruiru and Ruaka in Kiambu County have shown signs of many buildings that are suspected to be unsafe. In order to reassure the public and ensure safety of these occupants, I have directed the National Buildings Inspectorate to lead other Government Agencies and the Kiambu County Government to inspect and audit all buildings in Ruiru and Ruaka as a matter of urgency,” he said.

On Saturday, November 19, 2016 a wall collapsed in Ruaka killing one person with another building under construction collapsing in Ruiri on Wednesday, November 23, 2016.

“My Ministry, through the National Buildings Inspectorate has been conducting inspection of buildings to ascertain their suitability for human habitation. The exercise has been concentrated in Nairobi because of the many buildings suspected to be unsafe. However, we have already cascaded the exercise to the Counties and currently the team is in Kisii.”

For buildings that are complete the owners or landlords will be required to avail approved drawings and occupation certificate.

The owners may also be required to be represented by their consultants for buildings constructed in the last 5 years.

“Any site lacking any of the above will be closed immediately and no further construction shall proceed until all conditions are met,” stated the CS.

The Ministry also warned that buildings with visible cracks on walls, slabs, beams and columns, plumpness of walls and columns and difficulty in opening and closing majority of the doors and windows in the living unit could be signs of unsafe buildings which should be avoided.