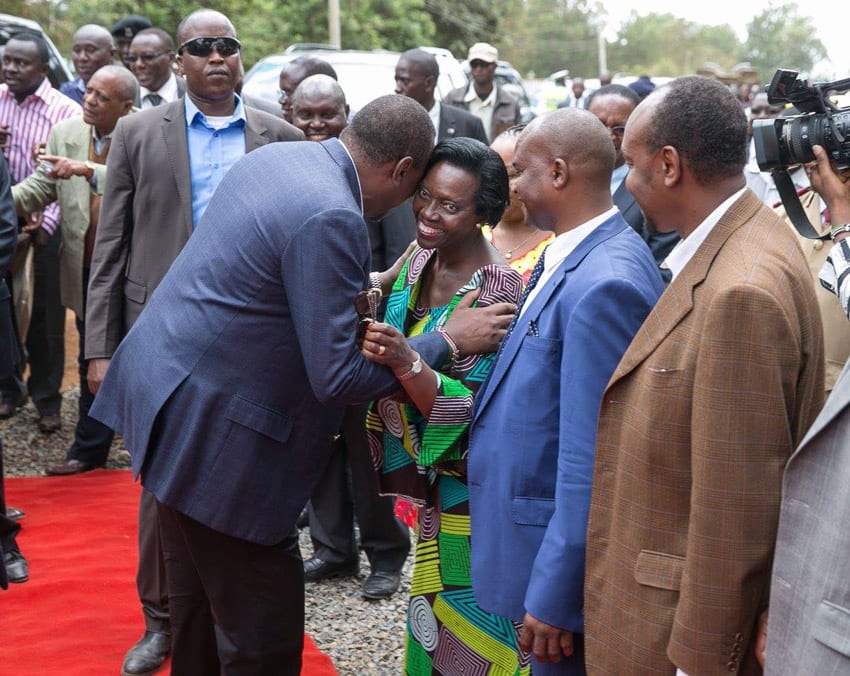 President Uhuru Kenyatta has put rogue contractors on notice saying anyone who does not live up to the expected standards will be blacklisted.

Speaking in Murang’a on Tuesday, November 29, President Kenyatta said that the government is dedicated to connect counties by constructing and improving road networks to enable seamless connectivity.

“Murang’a County belongs to hardworking farmers whose produce is perishing on roads because of poor roads. That is why we are taking steps to improve roads in the county.”

“As a government, we are moving to improve the road network in the counties to allow better transport and ease of conducting business.”

He specifically put the contractor working on the Mathioyo Road on notice saying they have one month to complete the road or have the contract cancelled.

“People should not ask for jobs they cannot do. Any contractor who abandons his job halfway from now on will be blacklisted and not be allowed to get any deals in Kenya again.”

That is why we are moving to improve the road network in the counties to allow better transport and better conducting of business.