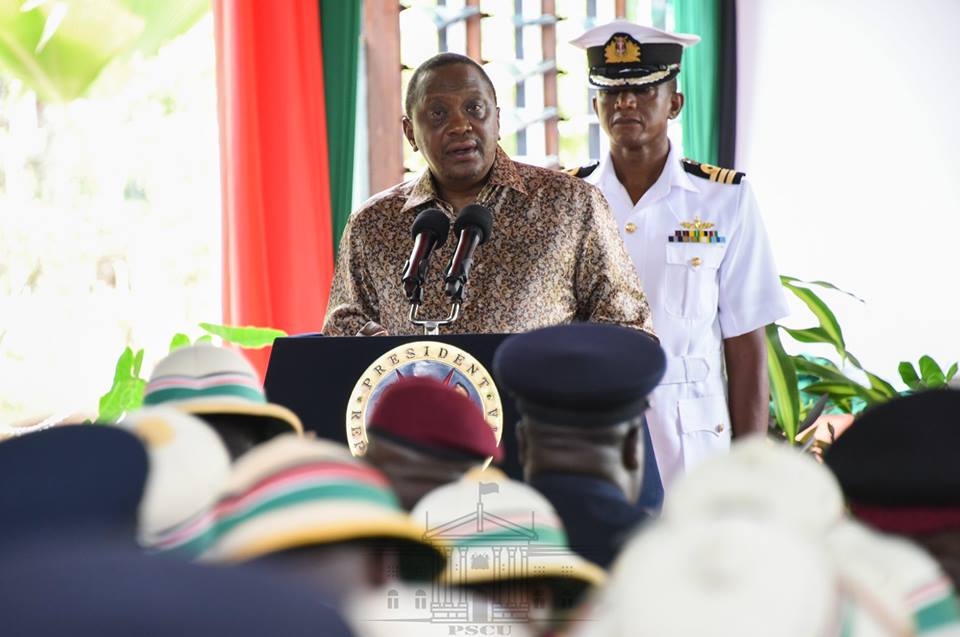 The government is now set to collect a trove of personal information of all Kenyans including their DNA profiles and GPS locations of their places of residence.

The new measures which have been okayed by President Uhuru Kenyatta, are aimed at fighting crime at a time when terrorism has become a key concern for Kenya.

Similar measures in other countries have however raised concerns over human rights, ethics and possible breach of privacy.

According to the latest census conducted in 2009 under the stewardship of then Minister for Planning Wycliffe Oparanya, the country had hit a population of 38.6 million people with that number now expected to rise to over 45 million.

The government is now embarking on a rapid registration drive of all its citizens and has now widened the requirements that have not been captured before.

Through amendments to the Registration of Persons Act, Kenyans will be required to provide their DNA samples that will be used for precise identification of persons, in the wake of increasing and changing face of terror.

You will also be required to provide place of residence, postal address, and your GPS coordinates to uniquely identify your precise geographic location.

Unlike before when one was required to provide finger prints and thumb impressions, the new law has introduced hand geometry, earlobe geometry, retina and iris patterns as well as voice waves as compulsory requirements during the registration.

President Kenyatta who chaired a security meeting in Mombasa on Tuesday said the State was actualising the master population data base that will be the single entity with all personal information of all Kenyans as well as foreigners who have acquired citizenship.

“To enhance the progress made by the integrated Population Registration System (IPRS), my Administration will complete a central master population database, which will be the authentic ‘Single source of truth’ on personal identity in Kenya. The database will contain information on all Kenyan citizens as well as foreign nationals residing in Kenya,” said President Kenyatta.

According to the Head of State, each Kenyan will be given a unique identifying number  that will be used from time to time – with regional commissioners directed to ensure a smooth process of fresh registration in their regions.

“The National Integrated Identity Management Systems (NIIMS), will generate a unique identification number that will be known as Huduma Namba. The County Commissioners, will provide oversight and coordinate the execution of Huduma Namba related activities in the Counties,” added Kenyatta.

All IDs, refugee cards, birth and death certificates, passports as well as driving licenses will be printed and collected from a central location.