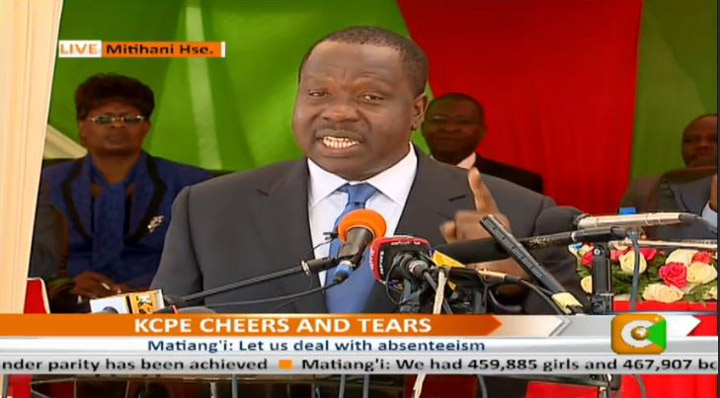 The Government, through the Cabinet Secretary for Education Dr. Fred Matiang’i, now says that itinerant preachers should be vetted before being allowed to hold sermons in schools.

This, the government says, will shield students from destructive religious ideas and ideologies such as radicalization.

In a statement to newsrooms, Matiang’i said the preachers should only be allowed in schools after they have been vetted by the leaders of their churches.

“Freedom of worship should be practiced with a measure of responsibility, it is important that students be shielded from destructive religious ideas and ideologies,” he said.

He also urged parents to join in the fight against radicalization to ensure their children are not radicalized.

“We must reject the notion that radicalism has anything to do with Islam, but it is a criminal ideology, parents should also be involved in ensuring that children are not radicalized,” he added.

Matiang’i also expressed the need to review religious education curriculum so as to impart interfaith values of tolerance, communal living and celebrate diversities that define the nation and the global environment.

He also thanked SUPKEM for developing a new curriculum for IRE, saying that it would aid learners to enhance values and morals that promote tolerance and human dignity for all.

The Cs made the remarks during the closing ceremony of a two-day Workshop for Education Practitioners at the Kenya Institute of Curriculum Development (KICD).