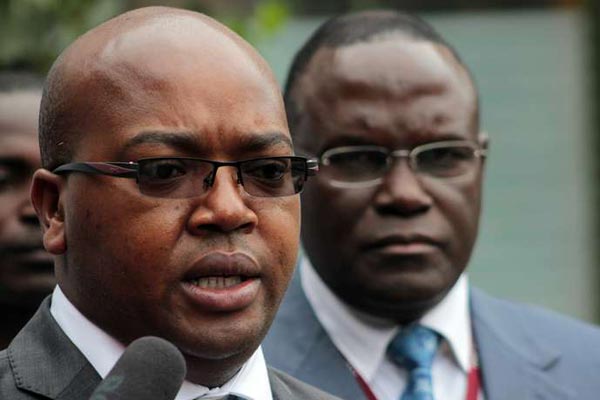 The CS confirmed that KNH received the two patients, one who was critically injured and another one who was shot at the back, and both of the survivors had undergone surgery.

Dr. Mailu also disputed the rumors going round on social media that KNH want to switch off the machine aiding the two Mandera victim survivors for no apparent reasons.

“No patient is denied or is about to be denied the public service at KNH and any other hospital,” he said.

The two victims Abdi Adan, 18, and Salah Sabdow Farah, 34, were among the passengers who had boarded the Mandera-bound bus that was ambushed by Al- Shabaab militants.

The Cabinet Secretary has further affirmed that the government will clear all the bills for the two victims, adding that even though patients admitted at KNH normally pay some deposits-the Hospital has decided to waive all the charges for the two patients.

KNH CEO Lilly Koros echoed the same sentiments and said the two patients will only be released once they are fully recovered and ready to go home.