Graduates to get paid internships from next year 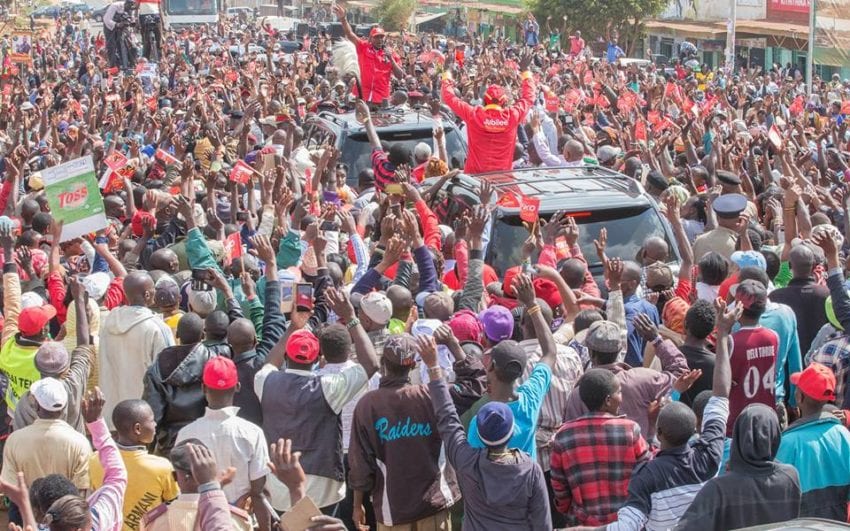 President Uhuru Kenyatta has unveiled an internship program that will guarantee at least 100,000 new jobs for graduates every year.

The graduates, according to the plan, will be absorbed by the government and the private sector for a period of 12 to 18 months and will benefit  about 100,000 students who  graduate from Kenyan universities and technical institutes annually.

Speaking in his vote hunt tour of Meru County, Kenyatta said that the internship program will be one of the main talking points of the Jubilee manifesto set to be unveiled on Monday, June 26.

“Starting next year university, polytechnic and technical training institutes’ students will be offered one year long paid internships, this will also end cases in which graduates are denied jobs on account of lacking experience,” President Kenyatta said.

The President spoke of the internships as part of the government’s efforts to empower the youth saying the internships would enable graduates to sharpen the skills acquired in learning institutions as they prepare themselves to venture into business.

“The Government will fund part of the program directly or through tax breaks and will work closely with the Kenya Private Sector Alliance (KEPSA),” Kenyatta said.

During his State visit to Germany last year, the President studied the country’s internship model and noted that the private sector has contributed immensely towards employment of interns, since then senior government officials been to Germany and other countries to benchmark the best model to adopt in Kenya.