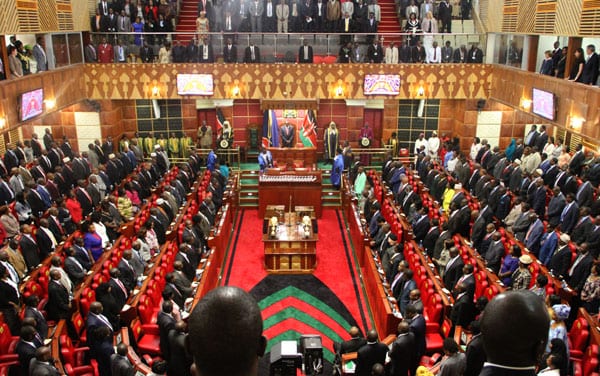 Members of Parliament now want to live in five-star hotels at the expense of the taxpayers money. The lawmakers want parliament to cater for their accommodation in high-end hotels for the three days they attend sittings in Nairobi.

Nyaribari Masaba MP Ezekiel Machogu who chairs the house members’ services and facilities committee, has just returned from India and New Zealand for a bench-marking mission.

The committee in its mission abroad found out that MPs in those jurisdictions are provided with accommodation in five-star hotels for those who come from constituencies outside the capital city.

In New Zealand, for example, MPs get an approximate Ksh.400,000 in what they term as Whelington Housing allowance.

In the accommodation programme, guests for MPs are also housed and when an MP dies, the family retains the housing fee for the next six months while the legislator gets a one-month extended accommodation after losing a seat.

In India, MPs in every three months get an approximate Ksh.87,000 for cleaning curtains and sofa set covers. And these are the perks that appear to have attracted our honorable members.

Legislators in Kenya could soon start to benefit from such perks should the house adopt the model.

When it comes to trips, MPs want to be given full per-diems to enable them find their own accommodation.

MPs are also demanding for a report of a meeting held between the Parliamentary Service Commission and the SRC, regarding their salaries, mileage allowances and car grants.

At the moment, MPs are entitled to a Ksh.10 million medical cover, Ksh.5 million car grant as well as Ksh.20 million mortgage allowances.

In their demand list, other than office furniture and fittings, MPs want an exclusive dinning point that will be a members’ only section.

In addition, the lawmakers want an open sky view in the new office block, fully equipped with gift shops.