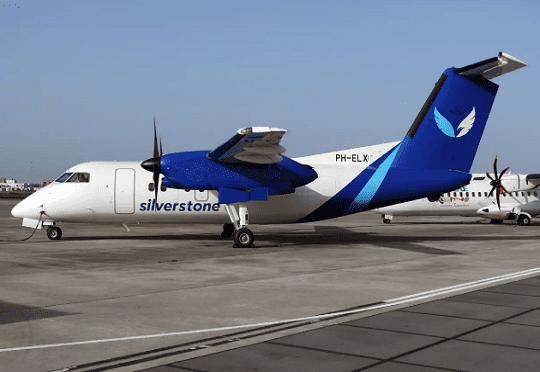 KCAA Director General Gilbert Kibe, in a statement released Tuesday, stated that the airline had provided satisfactory corrective measures following comprehensive compliance audits on its operations between October 25 and November 15, 2019.

“KCAA will continue to undertake its continuous surveillance on the operator as they resume normal operations for the Dash 8 series aircraft effective November 19, 2019,” read the statement.

“All other aircraft in the fleet of Silverstone Air Services remain operational.”

The State Corporation on November 12 barred seven Silverstone Air planes from operating pending probe into a series of air incidents.

The airline courted controversy after three of its planes were last month involved in separate incidents, one of them being an accident.

In the most recent case, a Silverstone Air plane was forced to make an emergency landing at Eldoret International Airport, after a tyre fell off during take-off.

Barely 24 hours later, another of its aircrafts hit and damaged another plane at the Wilson Airport in Nairobi.

About two weeks before that, the same airline was on the headlines for the wrong reasons after one of its planes skidded off the runway and crash landed shortly after take-off at Wilson Airport.