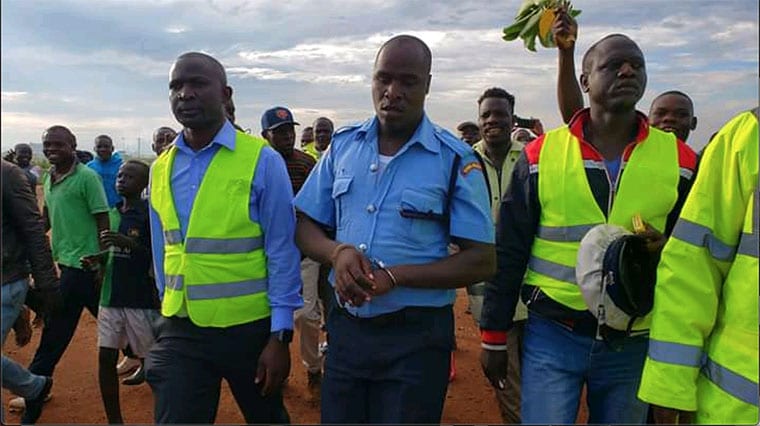 There was gun drama on Wednesday morning between traffic police officers and anti-corruption sleuths on the Kisumu-Kakamega highway.

Detectives from the Ethics and Anti-Corruption Commission (EACC) were on a sting operation to nab Kisumu police officers who were taking bribes from motorists.

This comes a day after the EACC released a report that ranked the Kenya Police as one of the most corrupt institutions.

On Wednesday, 3 police officers were arrested even as one escaped into a nearby thicket after the anti-graft sleuths reportedly busted them taking bribes. 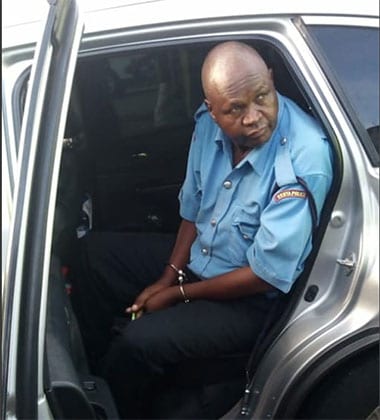 Motorists and boda boda operators are said to have complaining over constant harassment by the traffic officers who allegedly demand for bribes.

As the detectives moved in on the suspects, one of the traffic officers opened fire, shooting in the air to scare away the EACC officers.

The detectives returned fire attracting the attention of the public who milled at the scene.

Reports from the EACC indicate that one of their detectives was shot during the early morning incident.

The arrested officers have been taken to EACC office for processing and are expected to be arraigned in court.

Similar raids also took place at the Kisumu International Airport where a number of officers were  arrested.