Haunted by Colonial Past, Belgium’s Africa Museum Reopens After Revamp 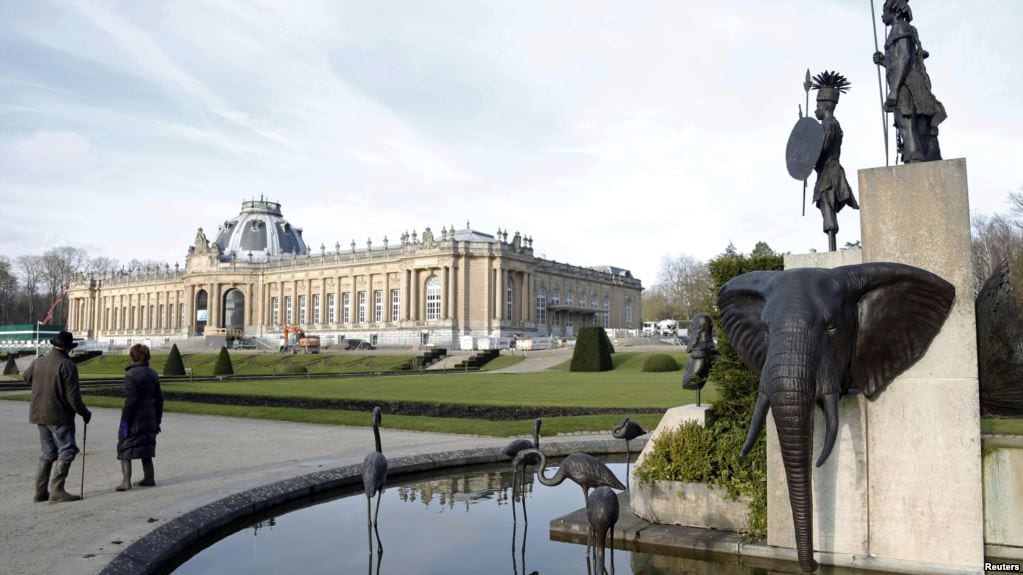 Belgium’s Africa Museum reopened on Saturday after a five-year restoration to repackage its looted treasures with a critical view of the country’s brutal colonial past.

The reopening of the former Royal Museum for Central Africa in the Tervuren Palace outside Brussels comes amid a renewed European debate about returning stolen artifacts.

Last month, French President Emmanuel Macron agreed to return 26 cultural artifacts to Benin “without delay,” a move likely to put pressure on other former colonial powers to return African artworks to their countries of origin.

Macron said the decision should not be seen as an isolated or symbolic case and proposed a conference in Paris next year to discuss an “exchange policy” for African treasures.

“Restitution should no longer be taboo,” De Croo said on Saturday adding, however, that any returns should be dependent on certain conservation conditions being met.

“It is clear that this implies a respectful attitude on the part of the African authorities with regard to this artistic heritage,” he said.

Before it closed for refurbishment in 2013, visitors to the Belgian museum were greeted by a statue uncritically depicting white European missionaries “bringing civilization to Congo.”

The museum’s research team insists the exhibits will now take a much more critical approach to the depredations of King Leopold II and his agents in Congo.

With the help of multimedia displays and detailed captions, visitors will be encouraged to take a critical view and to see colonialism through African eyes.

The museum’s academic experts say there is no attempt to cover up the past, but rather to use the collection of 125,000 ethnographic objects more educationally.

Despite the new approach more in keeping with Belgium’s multicultural present, the revamp has not been without controversy.

Activists are demanding a proper memorial to seven Congolese who died in 1897 after being brought to Belgium as living exhibits. They are buried near the Tervuren estate.

Paula Polanco told AFP her group, Intal-Congo, wanted them to be recognized as “victims of a colonialist crime.”

The Belgian colonies, run as a private royal estate by Leopold II, covered lands now included in independent Rwanda, Burundi and the Democratic Republic of Congo.

These countries have suffered a turbulent modern history and for European experts, in DR Congo’s case at least, lack premises to properly house a national history collection.

Meanwhile, DR Congo’s President Joseph Kabila has now said he plans to formally request the return of art and records before his country’s own museum opens next year.

The activists doubt the museum’s sincerity and have urged it, in Polanco’s words, to form a committee to “objectively and materially” determine the origin of the works.

For Guido Gryseels, the museum’s director general, the political backdrop is part of a broader Belgian conversation about race that goes beyond the rights and wrongs of the ownership of his museum’s exhibits.

“It’s not only our museum. It’s the overall Belgian society which is still very much a white society,” Gryseels said, insisting that everyone wants to see a more racially integrated future.

And although the museum has been redesigned, statues and street names still honor Leopold, who personally enriched himself through the forced labor of the Congolese during a period in which an estimated half of the local population — up to 10 million people — were wiped out by overwork, violence and disease.

“Personally speaking, I think that indeed someone who is responsible for mass murder is not to be put literally upon a pedestal,” Bambi Ceuppens, doctor in anthropology at the Royal Museum for Central Africa, said.

Other statues should not be hidden, she argues, but used by the museum and educationalists as they explain Belgium and Congo’s intertwined histories.

And, by better understanding the past, Belgium may be better able to integrate Belgian-born Africans into a more diverse future.

“As recently as two months ago our prime minister gave a presentation here for all the top CEOs of Belgium and all the top ministers,” Gryseels said.

“And the whole audience here was full: 220 white people… Ten years from now the situation will be very different.”