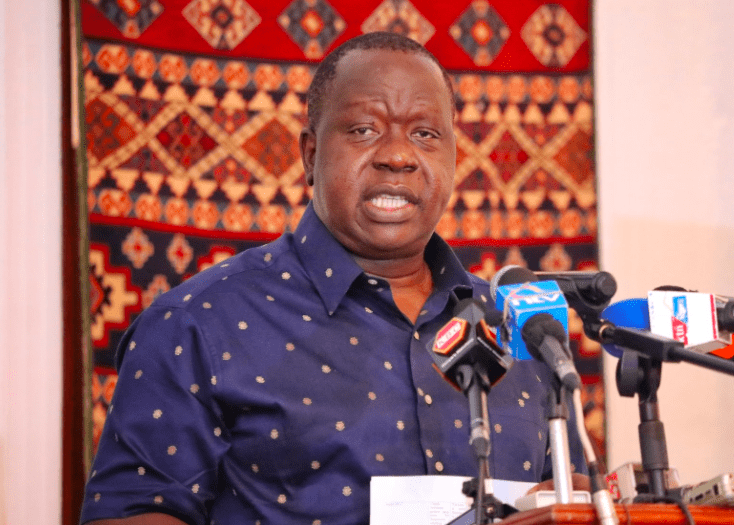 Interior Cabinet Secretary Fred Matiang’i has trashed an apology given to the Turkish government by Deputy President William Ruto over deportation of businessman Harun Ayden.

Speaking for the first time over the issue, Matiang’i said Ayden was a criminal who had used some VIPs to gain entry into the country twice without his passport being stamped.

“The government of the Republic of Kenya cannot, would not and has not apologized, because there is nothing wrong we have done on this matter, and we have done what we have agreed with the Turkish government, to deport their citizen so that they can deal with him,’’ said Matiang’i.

While appearing before the National Assembly committee on Security and National Administration, Matiang’i said Ayden was on the security radar of other East African countries over his movements.

He told the MPs Ayden used fraudulent means to enter the country and he only filed online that he wanted to invest in the energy sector, although there wasn’t any investment.

“There is no known grammatically sensible way to describe this person other than he was a criminal, some sort of strange character operating around and masquerading as though he was an investor, and I wouldn’t bring myself as a responsible public servant to apologise to anybody about this kind of person,’’ Matiang’i retorted.

Matiang’i defended the action of deporting Ayden without charging him in the Kenyan courts, even as MPs queried how the Turkish National entered the country twice without his passport being stamped.

He told the MPs charging the Turkish National for being in the country illegally and for money laundering would only attract a sentence of six months, and bearing the diplomatic relationship Kenya has with Turkey, they agreed to deport him.

The deportation of Ayden who is linked to Deputy President William Ruto has exacerbated political tension between him and President Uhuru Kenyatta, with Ruto even apologizing to Turkey over the incident.