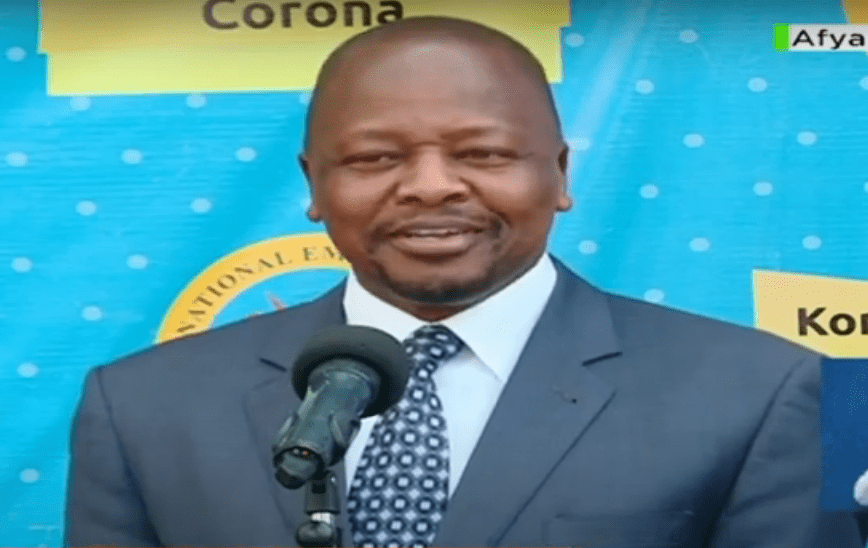 Health Cabinet Secretary Mutahi Kagwe on Wednesday promised to expose and weed out a few unscrupulous public officials within his ministry engaged in criminal dealings at the expense of public good.

CS Kagwe spoke during the daily Covid-19 updates during which he blamed these “bad apples” for recent reports of corruption in the ministry as well as misappropriation of the donated Personal Protective Equipment (PPE).

The CS, who only recently transferred at least 30 officers from the ministry’s headquarters at Afya House in what was viewed as a move against perceived cartels, added that the Directorate of Criminal Investigations (DCI) is presently investigating more cases and action will be taken against those found guilty.

“These are public officers who will call a businessman and tell them that they have got an order which they can help get him with a fake tender; and that fake tender might even have a Ministry of Health logo because some criminal in here has given it out.”

He added: “Just like any other ministry, we have got our challenges here; the only difference is that we’re willing to own them up and face them head on.”

CS Kagwe, on the other hand, also lauded the honest health ministry officers attached to Afya House who go about their work diligently, especially during this coronavirus period.

The tough-talking CS however dismissed reports that the recently transferred officers were involved in any corrupt or criminal dealings.

“Just to make it clear, the officers that we transferred were not necessarily criminals, it is normal to transfer around officials every so often,” he added.