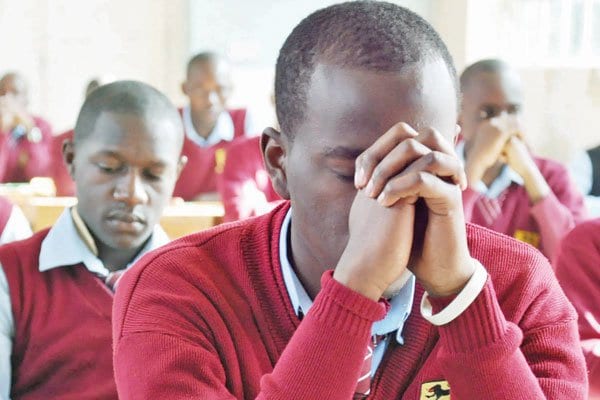 The December 29 announcement of the 2016 Kenya Certificate of Secondary Education (KCSE) results caught Kenyans by surprise – with even more people being taken aback by the drastic drop in exam performance.

#KCSE2016 141 As countrywide? It looks like a joke.It is like each county produced 4As some producing none.Waiting for the analysis

During his speech, the CS noted that some schools which posted over 200 As in the last exams did not feature on the top performers’ list in 2016.

Social media users speculated on which schools the CS Matiang’i was alluding to, saying that the crackdown would ensure fairness in the sector.

Others joined the CS in congratulating schools that maintained their position (Alliance Girls and Kenya High), with alumni taking to social media to praise the integrity of their institution.

The fact that 16 out of the top 20 performers were female also ignited a gender debate on social media, with several males saying that it pointed to marginalisation of the boy child.

Noting that things have drastically changed in the education sector since Matiang’i took office in November 2015, a section of social media users suggested that he be entrusted with other dockets.