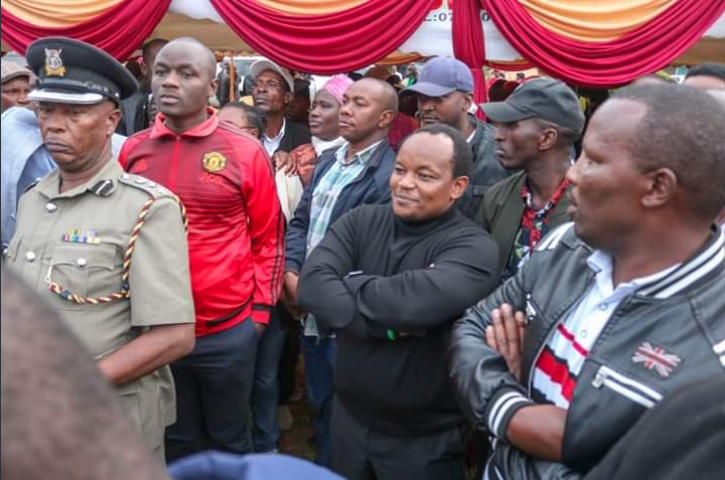 The women lawmakers had arrived at the county on the invite of Nyeri Woman Rep Rahab Mukami.

During the ceremony, they sang and danced as residents serenaded them with local tunes. 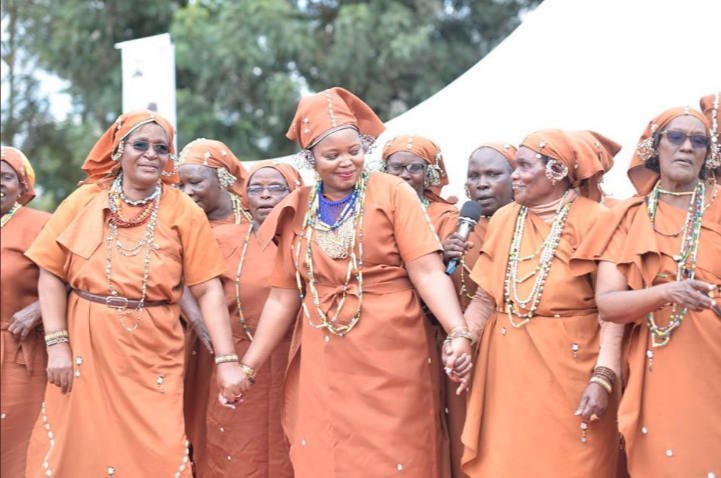 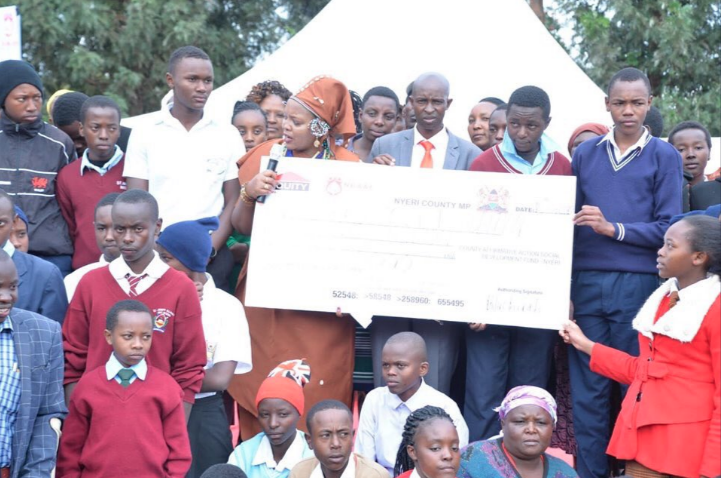 The leaders later issued cheques to schools and women’s groups as well as wheelchairs and gas cylinders.

However, chaos erupted when MP Mukami rose up to give her speech.

Youths at the rally began shouting at her saying they did not want politics. Rival youths defended the MP saying the event was not a political rally.

Within minutes, the shouting had escalated into physical confrontation as they began trading blows and kicks.

This continued for about 20 minutes before police were called in to intervene and restore calm.

Wambugu is said to have gotten wind of the accusations and appeared shortly after throwing the meeting into further disarray.

Police officers tried to eject Wambugu but he told them off saying he had not broken any law in coming to the rally.

The women leaders maintained their stance further terming the MP as ‘uncultured’ and in a show of defiance, announcing that they would not ‘be moved’.

They were however moved out of the venue at Deb Muslim School with the MP in tow.

Inua mama is an initiative set up by Kandara MP Alice Wahome and brings together women from across the political divide.

She says the aim is to help women in Kenya to start Savings And Credit Co-Operative (SACCOs) to help them realise their economic goals.

“The Inua Mama movement plans to travel across the country and help fight for economic empowerment by building the capacity of women in the grassroots,” Wahome said.

“The outfit will also help the female members of parliament support their own initiatives in their respective electorates.”