How tax on betting made Uhuru reject 2017 Finance Bill 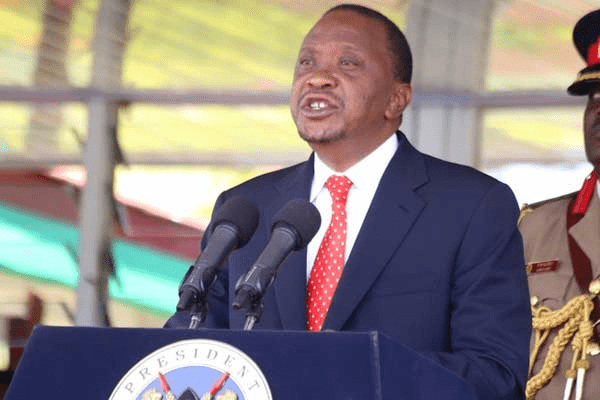 President Uhuru Kenyatta has today rejected the 2017 Finance Bill citing an exclusion of a clause that proposed a 50 percent levy on betting, lotteries and gaming activities.

In a memorandum to the Speaker of the National Assembly, Uhuru said he has rejected the Bill because Parliament deleted 29. Section 59B of the Betting, Lotteries and Gaming Act.

The proposal – which read, “29. Section 59B of the Betting, Lotteries and Gaming Act is amended in subsection (1) by deleting the word “fifteen” and substituting therefor the word “fifty” – was dropped when Parliament passed the Bill.

Uhuru sent the Bill back to the floor of the house, arguing that tax on betting was important, adding that the clause was designed to discourage the youth from focusing on betting.

“The purpose of Amendment of Section 59 B of Cap 469 was to discourage Kenyans, and especially the youth, in directing their focus on betting, lottery and gaming activities instead of productive economic engagement, a vice that is likely to degenerate into a social disaster,” read a statement to newsrooms.

The Head of State went on to recommend a 35 percent levy on betting, saying the exclusion of the clause went against the intent of the proposed taxes.

“This totally negates the spirit underlying the proposal to have the betting tax raised as pointed above,” said the President in his proposal signed Tuesday.

Parliament can now either amend the Bill in light of the President’s recommendation or pass the bill a second time without amendment.

Should the 2017 Finance Bill pass with Uhuru’s 35 per cent tax rate recommendation, the Speaker of the National assembly shall re-submit it to the President for assent.

Should Parliament opt to pass the Bill without the recommended levy, Article 115 of the Constitution of Kenya stipulates it will need to be supported by a two-thirds vote.