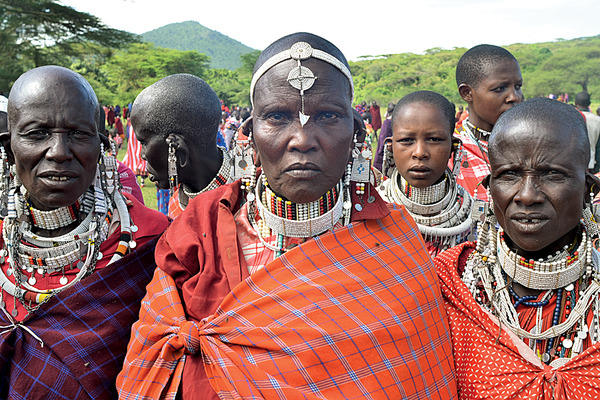 Transport was paralysed at Suswa along the Mai Mahiu- Narok road after area residents took to the streets to protest the killing of nine cows that were hit by a speeding bus.

The residents blocked the road on Saturday morning after the bus belonging to Gaurdian Buses that was heading to Kisii from Nairobi hit the cows killing them instantly.

No one was injured in the accident that left motorists along the road stranded in traffic for hours.

Last year in November 11, hundreds of tourists on holiday to and from the Maasai Mara Game Reserve were stranded for over four hours after locals at Nkailale Mpoponi village market blocked the highway with carcasses of sheep and thorns.

According to the owner of the dead sheep, hyenas attacked the herd at midnight killing close to two hundred sheep by mauling them at random.

The irate villagers accused game officials of poor response to calls of distress when wild animals harm humans and their livestock as compared to the time it takes them to respond when wild animals are injured by humans.

Kenya Wild Life Service officials confirmed the incident and promised to compensate the aggrieved farmer through the normal procedure.

Tourism is among the leading foreign exchange generating entities in Kenya and is slowly recovering following the recent spate of terrorist attacks in the country.