I am in politics to stay, says Raila Odinga 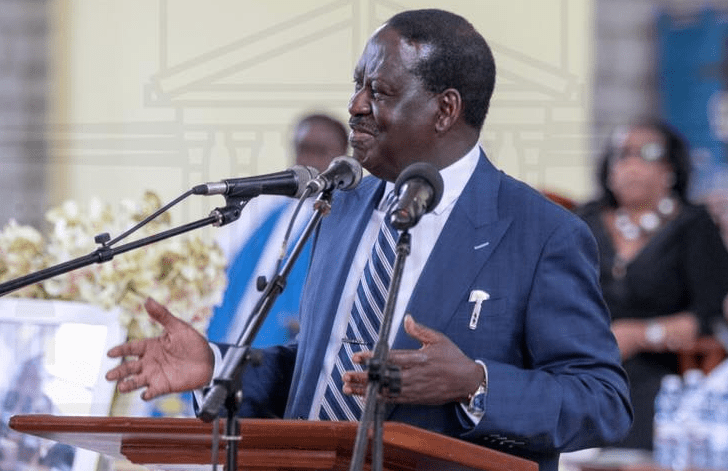 Opposition leader Raila Odinga says he will not quit local politics following his recent appointment to the African Union Commission as the High Representative for Infrastructure Development in Africa.

Speaking on Saturday in his political home ground of Bondo, Siaya County, Mr. Odinga told off those calling for his resignation from politics, adding that the appointment does not affect his political role.

“I accepted the AU job so as to unite African issues. But the base of my operations in the AU is in Nairobi; sometimes I will travel to Addis Baba, Lagos, South Africa, Egypt, but my main base will be in Nairobi so I am going nowhere,” said Odinga.

The opposition leader, who was speaking at the burial of former Kenyan envoy to Egypt Mzee William Odhiambo Okelo, urged Kenyan leaders to focus on politics of peace, unity and development.

“I want our people to continue with the politics of bringing peace and unity in Kenya,” he said.

His sentiments were echoed by his elder brother Dr. Oburu Oginga who stated that Mr. Odinga is a politician by blood and can therefore not retire from politics as demanded by a section of leaders.

Dr. Oburu, who is also a Member of the East African Legislative Assembly (EALA) said those wishing for Mr. Odinga’s retirement from politics are daydreaming.

The legislator added that just as their late father Jaramogi Oginga Odinga had struggled for his own political achievements, Mr. Odinga had also fought for the country’s liberation, hence, he is in politics to stay.