‘I am not vying in 2022,' Ababu Namwamba says as he explains why he supports Ruto 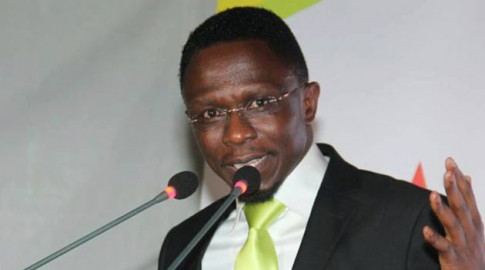 Foreign Affairs Chief Administrative Secretary (CAS) Ababu Namwamba has come out to dismiss reports that he will be vying for an elective position in the forthcoming general elections.

Namwamba revealed that his recent move to back Deputy President William Ruto’s presidential bid was fueled by the ideologies constituting the Deputy President’s agenda for the nation.

He rubbished any possibilities of selfish interests by his declared support to the DP saying that he buys in the ideologies of Ruto and his plans for the country.

The CAS similarly disputed claims that he is supporting the DP with a goal of being considered during the next government if Ruto clinches the presidency,  saying that his intentions were purely to see Ruto successful.

“It is not a good idea to put the cart in front of the horse; we have an election to win and we are determined to win it by doing everything constitutionally permitted to have Ruto elected the fifth president of Kenya,” Namwamba stated.

“After that whom he decides to work with and where will be his prerogative.”

Namwamba emphasized that his support for the DP came about way back in 2017 after he fell out with ODM leader Raila Odinga and was stripped of the position of the party’s Secretary-General.

“In 2017 I sat with UhuRuto! I supported a team and before I backed them, I sat with them (the president and his Deputy) and they shared with me their vision for Kenya,” Namwamba explained.

“UhuRuto vision was joint. So who is best placed to continue it?” He posed.

The CAS asserted how in a meeting with the Head of State he told him that his vision would be continued by his deputy thus defending why he has since drummed up support for Ruto.

"The president told me I want to drive this vision for five years and my brother Ruto will continue. For me, it is only natural to continue my 2017 decision with Ruto," he added.

"Even the bible teaches me that you will harvest where you sow. Why would anyone else sow from the Jubilee vision where he did not plant?"

While exuding confidence on the soon-to emerge victorious, Ababu said: “For me the man who understands the UhuRuto vision best is the person who was part of its formulation and that person is Ruto."

At the same time, he lashed out at Ruto's competitors saying that they are riding in someone else's dream.

"These people planted chaos and violence,  fake swearing-in in the desert and now want to harvest on UhuRuto vision? He posed.