I am proud of my D-, says Joho following KCSE puzzle 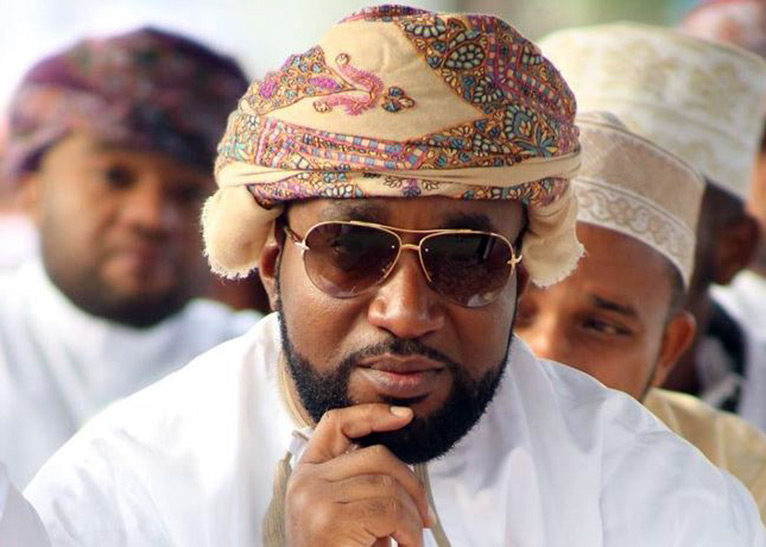 Mombasa Governor Ali Hassan Joho has admitted he got a D- (minus) in Kenya Certificate of Secondary Education (KCSE), which he sat in 1993 at Serani Secondary School in Mombasa.

The governor stated, unlike other politicians who were born in well-to-do families, he struggled to raise fees for his education – and says, yes he scored a D- (minus) and he is proud of it.

“Very few people have worked for their own school fees, I am one of them. I take pride, as a Kenyan, to be who I am today. I have come from far, yes. I believe I am going far,” said Joho in a presser at the Governor’s office in Mombasa Tuesday.”

“That is the difference between me and leaders of the Jubilee government. I knew this was coming (the controversy surrounding his education), and there is a lot more which is coming. They are determined to ensure I won’t be in the ballot on August 8. I know they have also launched investigations into my birth certificate.”

“I am very different from, for example, Uhuru Kenyatta. Some of us have had to struggle to reach where we are today. When I was young, I supported my family in selling vitumbua (Swahili rice cake) so that they could contribute toward raising my school fees. After school, I would go look for menial jobs to, at least, earn an extra coin.”

The Mombasa governor confirmed the Kenya National Examinations Council (KNEC) report that he scored a D- (minus), and not a C+ (plus), as had been claimed in a fake certificate.

“Yes, I am a holder of a D- (minus), and I have been able to change a lot about my life. Today, I have progressed, and I am almost pursuing my Master’s degree. This should inspire Kenyans. This is just but the beginning, my friend. I will continue to ask the hard questions. I will remind them that the citizens are watching you. And at some point, individually, you will be held to account. Threats don’t cow us, some of us, it doesn’t cow us.”

Responding to those who had taunted him over the “unsatisfactory” KCSE grade, Joho said: “Yes, some told me: ‘explain the D- (minus)’, I take pride in my results. And that should be used to inspire many Kenyans out there.”

Asked about how he managed to enroll for a degree programme, yet his KCSE grade falls below the Commission for University Education’s (CUE) requirement to enroll for a bachelor’s degree, Joho said: “Ukitoka shule and you did not do well, there is this option: you can first pursue a certificate, then a diploma then you are admitted for a degree programme. But I will explain more tomorrow Wednesday, March 29, when I record my statement with the DCI.”

The Mombasa county chief also took a swipe at President Uhuru Kenyatta, insinuating that the Head of State is bent on crippling the economy of the coastal county.

“I will do everything to ensure that the economy of Mombasa is saved. You cannot claim that you are transferring operations of the Port of Mombasa to Naivasha. That will render several Mombasa residents jobless.”

“Uhuru Kenyatta should come clean on privatisation of Mombasa Port, the controversial Standard Gauge Railway budget, the land issue, among others.”

Noting that he harbours Presidential ambitions, Joho boldly stated he “fights for the rights of all Kenyans”.

“My goal is to serve the interest of the citizens, not only in Mombasa but the whole country. Jubilee government should accommodate criticism.”

Linking his recent woes to his vocal disapproval of the Jubilee administration, Joho claimed that the government is using state agencies to fight him.

“Now, I am being investigated by entire institutions under the Jubilee Government. I don’t have the might to tell President Kenyatta that I will teach him a lesson. If their motive is to kill me politically, so be it. If you ever think you will do away with Ali Hassan Joho, there are a million other people who have similar ideologies to Joho’s.”

The embattled governor will be grilled on Wednesday, March 29, at 10:30am by the Director of Criminal Investigations (DCI) concerning his controversial KCSE certificate, where reports said that he used a fake certificate to apply for degree courses.

“My statement will be very simple tomorrow. Tell them the truth. I have answers for all their enquiries,” said Joho.

Governor Joho, a radical Jubilee government critic, has been embroiled in a series of run-ins with the government.

The tax man is also investigating a bank account held by Governor Joho with Diamond Trust Bank over the same issue.

Early last year, Joho’s family got into serious trouble with the government over tax compliance of cargo freight stations in Mombasa.

The court prevailed over the matter and the cargo handling station – Autoport – was reopened.

The staunch opposition leader and Raila Odinga’s supporter has numerously engaged President Uhuru Kenyatta in nasty altercations over his tenure as the governor of the second biggest town in Kenya- Mombasa.

A fortnight ago, Joho was prevented from attending the re-launching of the Mtongwe ferry services in Mombasa, a function presided over by the president.

President Kenyatta spoke during the occasion, warning Joho of stern consequences if he persists with his ‘nagging antics.’

Governor Joho has repeatedly sworn to campaign against the government, which he accuses of running massive corruption and suppressing counties’ right to run their affairs.