‘I had my first Range Rover at 26’: Sudi dismisses claims he bought cars with Ksh.150M NHIF scandal money 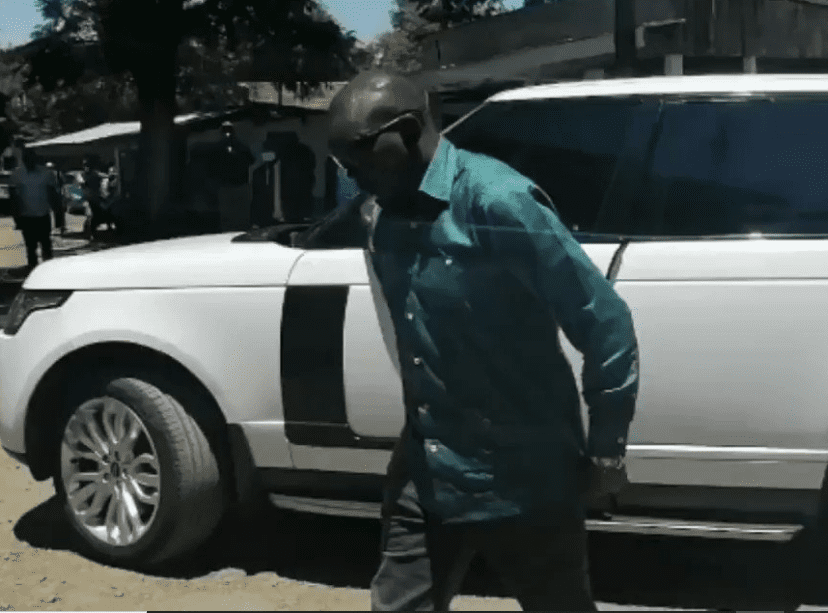 Kapseret Member of Parliament Oscar Sudi has now come out guns lazing to dismiss investigations into his alleged involvement in the National Hospital Insurance Fund (NHIF) scandal, proceeds of which he is said to have used to buy his cars.

This comes a day after he was questioned by detectives from the Serious Crimes Unit of the Directorate of Criminal Investigations (DCI) over a Ksh.150 million false claim scandal at the NHIF.

Sudi, taking to Twitter on Wednesday morning, said he was driving a Toyota Lexus at 23 years of age and a Range Rover at 26, adding that he is now on his fourth Range Rover.

When I was 23 years old, I was driving a Lexus. When I was 26 years old, I bought my first Range Rover. This is my 4th Range Rover since then. Mtoto wa maskini akipata ameiba lakini wa tajiri akipata ni ya baba yake na ni yao. Wakwende kabisa. @KTNNewsKE @K24Tv @citizentvkenya

Sudi, who presented himself before the detectives at DCI headquarters on Thursday in response to summons, was grilled for close to 10 hours with police believing he benefitted from the funds remitted under the guise of catering for Kenyans who sought treatment in India.

The MP was summoned after detectives allegedly trailed part of the money to his two cars bought from a car dealer on Ngong Road in Nairobi.

Sources privy to the probe intimated to Citizen TV that when questioned, the car dealer stated that the two cars bought from his yard – including a Range Rover and a Toyota Lexus – belonged to the legislator.

The trail showed that the money originated from NHIF and went to the account of a city agent to fund the treatment of patients who sought treatment in India.

The agent is reported to have been instructed to channel the money to a Nairobi law firm and it was then that the two cars were bought and registered to Sudi.

Taken to task by detectives, the lawyer is said to have claimed the money used in the purchase of the cars was proceeds of a land sale by the parliamentarian in Eldoret, however investigations revealed that no land was sold and that the documentation presented by the lawyer was forged.

After his day with the detectives, the lawmaker took to social media following his release to say: “I have been grilled at DCI offices from 6am to 5pm. I was questioned about a transaction where I sold my land in Eldoret Town to a company that wanted to build a hospital. DCI are now alleging that Purchaser’s money was wired from NHIF, How could I smell the source of money?”

I have been grilled at DCI offices from 6am to 5pm. I was questioned about a transaction where I sold my land in Eldoret Town to a company that wanted to build a hospital. DCI are now alleging that Purchaser's money was wired from @nhifkenya
How could I smell the source of money?

The probe was launched to crack down on fake claims by rogue hospitals and individuals in high positions which cost the taxpayer billions of shillings.